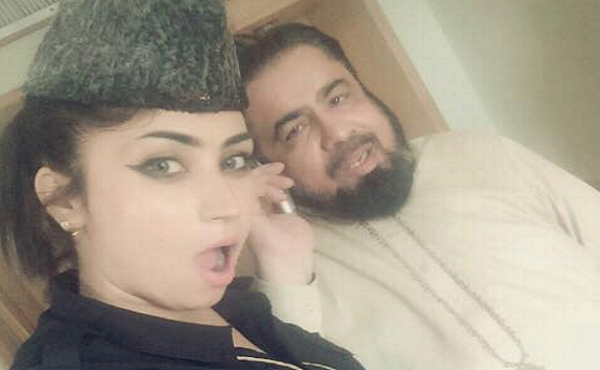 The well-known religious scholar Mufti Abdul Qavi made headlines when he broke his fast with controversial actress Qandeel Baloch.

Qandeel Baloch once again became the trending topic on social media and news bulletin when today she wrote on her facebook page that she had iftar with Mufti Qavi. One of the pictures also shows Qandeel Baloch getting cosy with the Mufti and wearing his signature hat on her head.

Some sources have also disclosed that Abdul Qavi is in love with Qandeel and he wants to marry her!