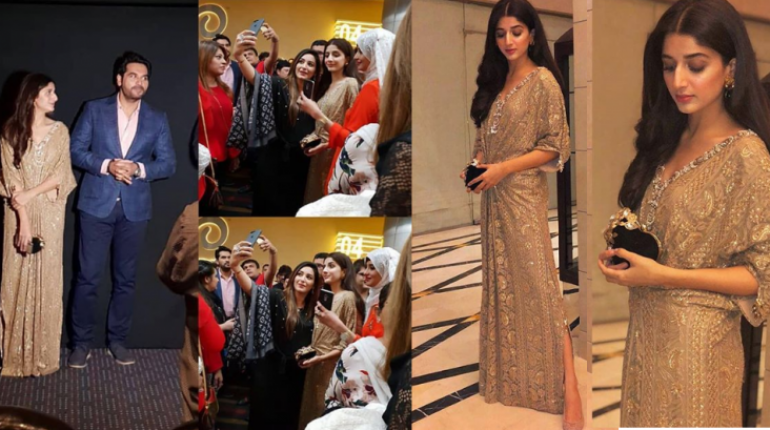 After emerging as the biggest opener of the year, the star-studded movie Jawani Phir Nahi Ani 2 has entered the 50 crore club in just 18 days. Apart from crossing the half-century mark, the flick has also overtaken the other two movies Parwaaz Hai Junoon and Load Wedding that were released last Eid, and is still receiving a positive response from all over the world. Recently, Mawra Hocane and Humayun Saeed at the special Screening of JPNA2 in Dubai to celebrate its 50 Crore Business. Mawra Hocane wearing kaftan by Nadia_ellahi.

The movie had an impressive opening week sweeping Rs. 206.4 million and maintained a steady run throughout. The makers of JPNA 2 took to their social media accounts and shared the news and the numbers collected from local and international cinemas. Starring Humayun Saeed, Fahad Mustafa, Vasay Chaudhry, Ahmed Ali Butt, Kubra Khan, Mawra Hocane, Sarwat Gilani, Sohail Ahmed among others, JPNA 2 is on its way to become the highest grossing Pakistani movie of 2018.

The Nadeem Baig helmed romcom hit cinemas on Eidul Azha and is doing well at the international box cinemas as well. Another Humayun Saeed – Nadeem Baig collaboration Punjab Nahi Jaungi that released last year is currently ranked as the most successful Pakistani film of all time. Let’s see how many days JPNA 2 takes to snatch the spot and become the highest grosser Pakistani film, ever. 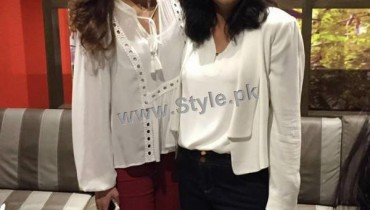 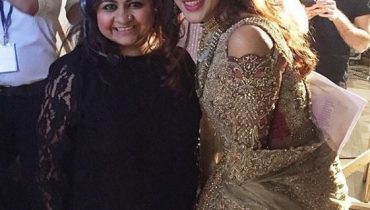