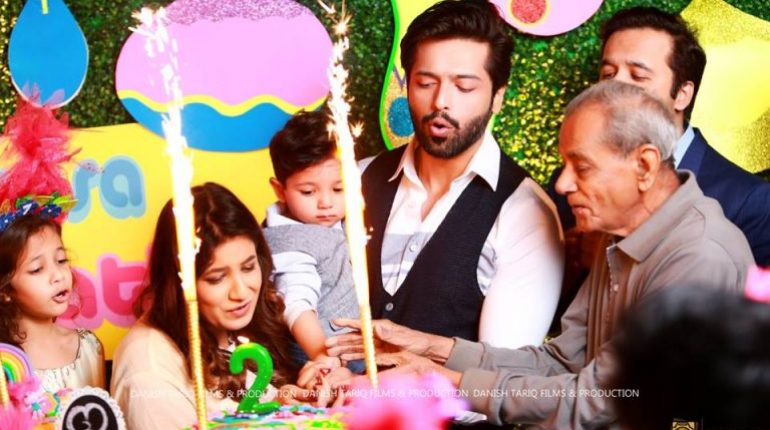 We know and love Fahad Mustafa as an actor and as the host of Jeeto Pakistan. Do you know that the famous Pakistani film Actor in Law star is a daddy of two?  Fahad Mustafa Celebrates His Kids’ Birthday. Fahad has two kids, a girl called Fatima and a boy named Moosa. Fahad and his wife Sana recently celebrated the birthday of their Kids.

Fahad Mustafa  has come a long way professionally. From getting minor roles to being one of the most expensive actors and game show hosts of today, he is success personified. He is also a doting dad to seven year old Fatima and two year old Moosa. Recently, he held a birthday party for his kids, attended by stars and their families along with Fahad and Sana’s family and friends.

Here are some of the pictures from the well organised affair. You can spot Benita David and Sunita Marshal and Hassan Ahmed and their kids.

He made his film debut in 2014 with Na Maloom Afraad. In 2016, he appeared in Mah-e-Meer and Actor In Law. Fahad Mustafa  Celebrates His Kids’ Birthday.  He also had a voice role in 3 Bahadur: The Revenge of Baba Balaam. In 2017, Fahad Mustafa hosted the launching ceremony of Karachi Kings, a Pakistan Super League team franchise. He then also hosted the opening ceremony of PSL 2017 in Dubai. The super actor Fahad Mustafa also has signed for the sequel of 2014 film Na Maloom Afraad, and of 2015 film Jawani Phir Nahi Ani, and he will also be seen in one more film.

We can see that the birthday boy and girl had a great time. Wishing the cutie pies a very happy birthday. 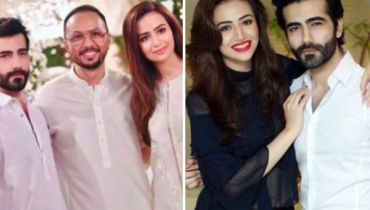 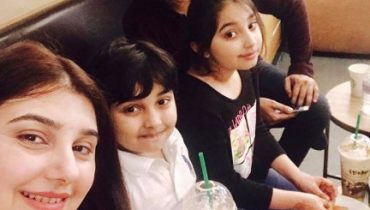