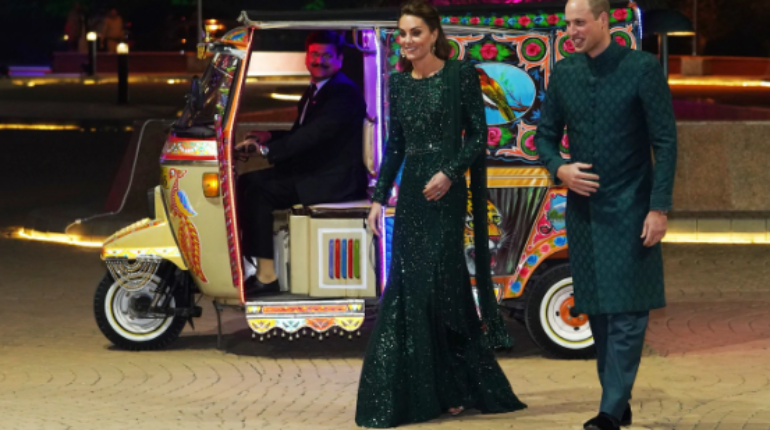 The Duke of Cambridge has proved the exception to that rule on the first full day of his trip to Pakistan, when he arrived for a reception hosted in his honour wearing traditional Pakistani clothing.

The Duke arrived for the event dressed in a traditional long sherwani buttoned coat and matching trousers, while his wife wore a Pakistan-influence evening dress also in the country’s national colour of dark green.

To complete the tribute to their host country, the couple were ferried to the steps of the Pakistan national monument in a brightly painted, three-wheeler rickshaw.

The reception held by the British High Commission followed a day spent going back to school, visiting a conservation project where camera traps help monitor endangered leopards, and catching up with an old family friend Imran Khan.

The Duke, 37, made a keynote speech at the event, describing Britain’s support for Pakistan’s frontline role in the fight against terrorism, urging the two countries to work to meet the challenges they face together.

After praising the progress the country had made since it gained independence, he said: “Delivering a future where Pakistan’s great potential can be realised will not be easy or without sacrifice.

“For a country so young, Pakistan has endured many hardships, with countless lives lost to terror and hatred. Tonight I want to pay tribute to all those who have endured such sacrifice and helped to build the country that we see today. “

He warned of the effect climate change could have on Pakistan, and the mountain glaciers which provide water for hundreds of millions of people.

“Ladies and gentlemen, given the scale and complexities of the challenges that future generations will face, it is clear that we all need to work together.”

He added, “And whether it’s this generation or the next, I know that the UK and Pakistan will continue to exemplify the very best in international cooperation.” 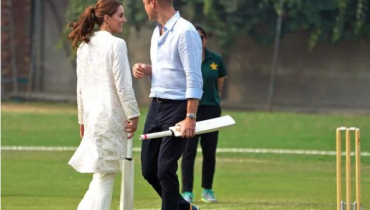 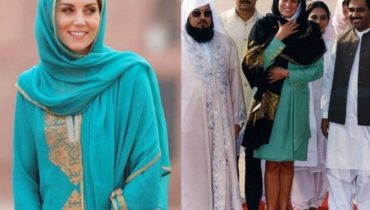