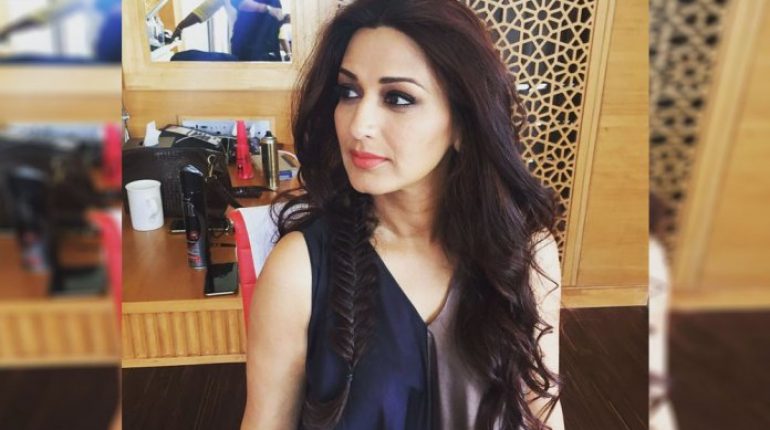 Earlier in the morning, the ‘Duplicate’ actress Sonali Bendre shocked her fans and followers by revealing that she has recently been diagnosed with high-grade cancer.The starlet took to her Twitter account and penned down how she is handling this difficult phase of her life, and is hoping for the good things in future. She wrote.

She further said that how her family is helping her to tackle such difficult period of her life. Adding to it, she informed that she is currently in New York for her treatment. Bollywood Actress Sonali Bendre Diagnosed With High Grade Cancer. As soon as she revealed the news, many Bollywood celebrities came forward to send their support to her and prayed for her speedy recovery.

Sonali Bendre is an Indian film actress and model who predominantly worked in Hindi films. She has also appeared in Telugu, Tamil, Marathi and Kannada films. Bendre started out as a model before being selected for the “Star Dust Talent Search”. We wish for actress’s speedy recovery.

She had also welcomed Michael Jackson on his arrival In India in traditional Maharashtrian nauvari sari and she performed aarti for Jackson on November 1, 1996