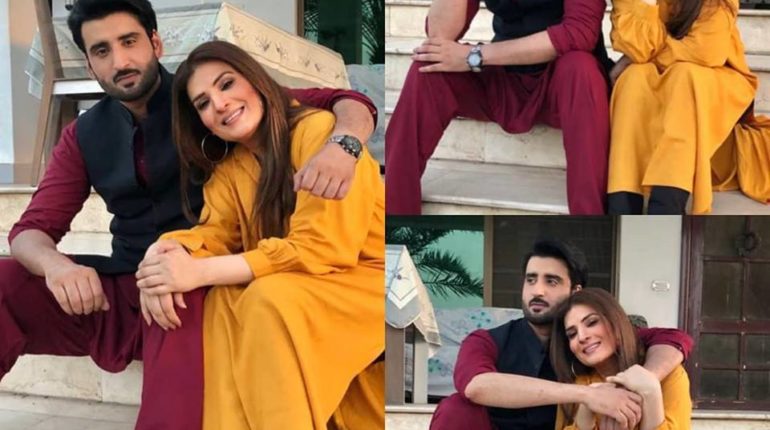 Resham is one of the versatile and most finest actresses of the film industry of Pakistan for the long years. This actress has given her best of the acting services by working in the films of different languages and now she is all set to spell her magic on the dramas now.  She is very soon be appearing on the drama serial Muthi Bhar Chahat whose release date is not yet announced.

She will be sharing the screen space with Agha Ali in the main lead role alongside with rest of the cast. Here we have some pictures of the Resham from the shooting set for you:

As according to the title this would definitely be a romantic storyline concept drama. Resham is not just the first actress who head her way to dramas after films. Sana is also working in dramas now and she is soon be doing a web series as well. Whereas Meera is making her way back to the films again!

We are sure that fans would once again shower their love on this actress and will accept her with open heart! For more latest updates stay tuned with this webpage!