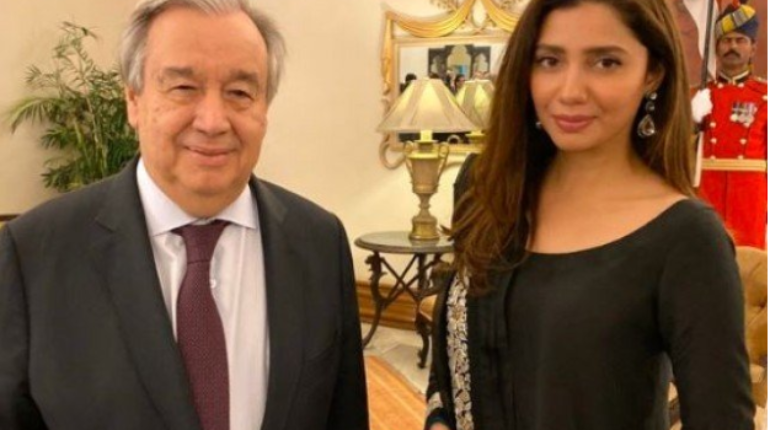 UN General Secretary  António Guterres  thanked Mahira Khan for her work as UNHCR  Goodwill Ambassador in a tweet accompanied by a picture of himself with the actor.

“As we mark 40 years of Pakistan’s solidarity with Afghan refugees, it was a pleasure to meet Refugees Goodwill Ambassador Mahira Khan. I thank her and all Pakistanis for their extraordinary support”, Guterres said.

Guterres  arrived in Islamabad early Sunday for a conference the United Nations says will “send a global reminder about the fate of millions of Afghans living as refugees”.

During the conference the UN chief extended gratitude towards the nation for its role in dealing with Afghan refugees. “I urge the world to support host countries and show similar leadership in standing with the refugees”, Guterres said.

Last year The Superstar actor was appointed as the UNHCR Goodwill ambassador. The actor subsequently received a heartfelt letter from the body which she shared on her Instagram.

“Sometimes I forget that I have been chosen to be put in the position that I am in, given the platform I have been given and the kind of love that I receive,” Mahira shared joyfully. “I hope and pray that I can always always uphold the responsibility I have been given by my country, my fans and my loved ones Insha Allah” she had earlier said. 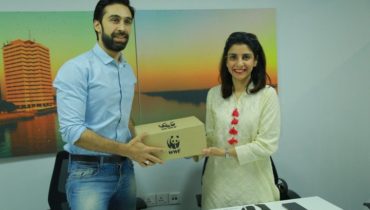