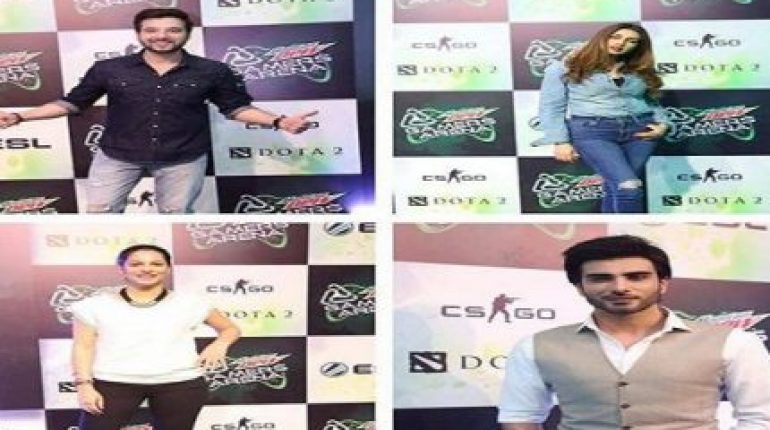 Star Studded Launch Event of Mountain Dew’s Gamers Arena, Mountain Dew is a famous brand name now, due to its brilliant advertisements and endorsements by famous celebrities. Dew has come up with a brand new idea of launching an e-gaming arena with the contestants from all across the country. The theme of this platform is that there would be two games available namely DOTA 2 and CS:GO. Every one is welcome to register themselves at the biggest e gaming platform. There would be teams from all over the country and a winner would be chosen from each team and then those winners would enter the Semi finals and finals. Winners would get crowned as Pakistan’s e-Sports champion, along with an opportunity to win a prize pool of one Million Rupees.

All the celebrities seems to have had a blast on the launch event of Pakistan’s biggest e gaming arena. Mountain Dew for sure comes up with unique ideas for brand differentiation and brand recognition.