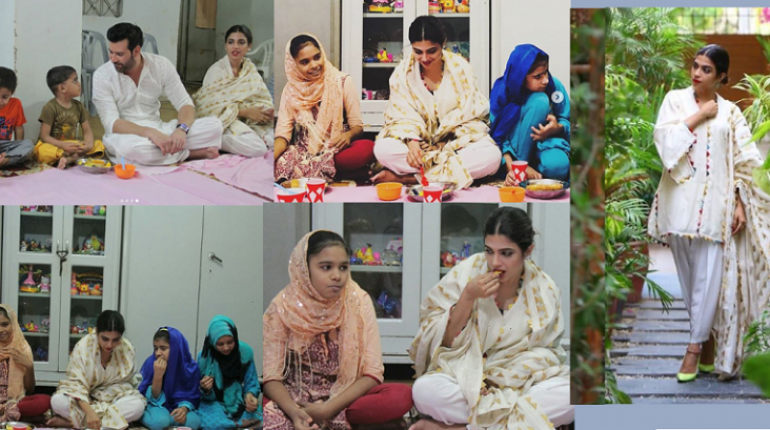 Sonya Hussyn is a famous Pakistani tv actress. Superstar Moammar Rana and Sonya Hussayn’s upcoming film Azaadi is a combination of action and romance. The movie is scheduled to release on Eidul Fitr and the actors seem to be working really hard on its promotions. Both of them were at the Something Haute office recently for a live chat and we definitely had a fun time talking to them. Yesterday, Sonya and Moammar Rana was spotted at Edhi Center. Sonya hussyn radiates pure elegance and grace as she visits Edhi Centre to distribute gifts among children. How beautiful is she looking in this white dress. Have a look.

Wo terrorist nahe mujahid hai, yells a teary eyed Zara (Sonya Hussyn). That was the most striking part of a packed trailer of the upcoming film Azaadi, for me. Pakistan and Pakistanis have seemingly battled to disentangle the two for almost 2 decades now. As our state took a turn from General Zia’s Islamization to General Musharaf’s enlightened moderation, somewhere along the line this differentiation become muddled. In the 90s every day PTV 9 pm news bulletin had news of Baramullah, Srinagar etc. Slowly, with that hand shake with Prime Minister Vajpayee, General Musharaf switched focus. We were no longer getting that daily news brief. That continued for a long period until perhaps 2014. Kashmir was in focus again.

There was huge audience for Lollywood films a decade or so ago. This film perhaps will try to revive and tap into that market. For me, I am waiting to see how the writer/director have explored that mujahid, terrorist question in the film. Here is a very filmy Eid. 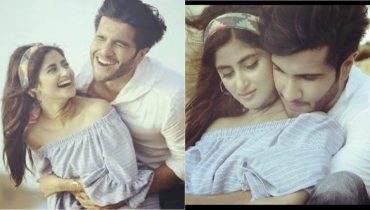 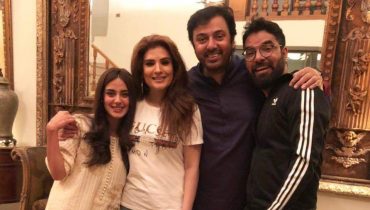