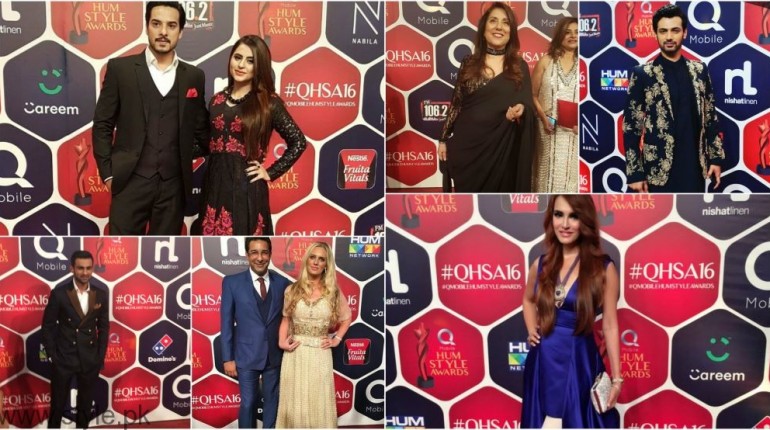 The much awaited Hum TV Style Awards have finally been conducted at Expo Center Karachi, this very night. Huge stars seem to have attended the ceremony and it would be so right to say that the Red Carpet slot has been glamorous than ever. Pakistani style icons have walked over with all the grace and poise.

Aamina Shaikh, after her outstanding performance in Pakeeza where she was seen wearing all eastern Sarees and suits, walked the red carpet in an olive Nilofer Shahid’s Fish gown.

The Zindagi Kitni Haseen Hai-girl, Sajal Aly posed for the camera in an ever-trendy white gown looking elegant as ever. Also, her co-actor from the same movie, Feroz Khan showed up in a never-out-of-fashion black suit, but surely his neck-tie faltered the whole look.

Urwa Hocane walked the carpet alongside Mawra. Mawra arrived in a gold Muse Luxe dress and her gold heels surely spiced up the look. Right with the Hocane sisters, arrived the charming Farhan Saeed stealing all charms.

The model in talks, Sadaf Kanwal heated the carpet in her all-black and not at all-touching-the-ground outfit.

Ayesha Omer and Anoushey Ashraf, the besties spiced up the carpet with their Shehla Chatoor outfits. The Banjara guy, Adnan Malik, once again managed to look a hunk in his suit with a coloured scarf.

Nadia Hussain wore a chic outfit, but we wonder what’s up with her makeup tricks these days.

The Jaswal Brothers and Imran Abbas stole the limelight in their on-point black and whites.

Naveen Waqar in here brownish-purple to-the-heel dress, looked pretty. And so did Zhalay Sarhadi in Wardah Saleem’s. Minal Khan showed up without her twin in a really chic outfit.

Zaid Ali T who has been in news for his statements regarding doing a movie was spotted in a three-piece. We are really looking forward to his performance in the show, though.

Hasan Ahmed and Sunita Marshall walked in a blue two-piece and yellow gown respectively. Sunita looked bold and beautiful and Hasan looked handsome like he always does. However, the combination didn’t go too well. One more very-loved couple is Sarwat Gilani and Fahad Mirza showed up. Fahad wore a suit and Sarwat complimented him well in her eastern white dress. While Fatima and Kanwar Arsalan looked purely blissful.

Sana Bucha totally grabbed the attention in her black outfit that outstood for the floral work it had on. Vaneeza Ahmed and Momal Sheikh, again in black, looked quite on point and elegant.

The heart-throb Hamza Ali Abbasi was yet again in his eastern look with a black coat over. No doubt, he rules the hearts. Lady most awaited, Mahira Khan, totally outstood in the pleasing to the eye Black and fawn saree.

Urwa seemed to have killed the charm with a not-so-trendy black dress. Disappointments were continued by Syra Shahroz and Tariq Amin who totally mal-functioned the whites. Another malfunction was Misha Shafi, who was not at all expected to arrive in a waitress dress. 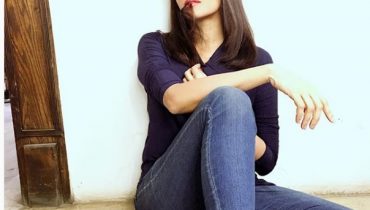 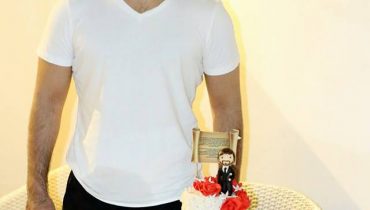