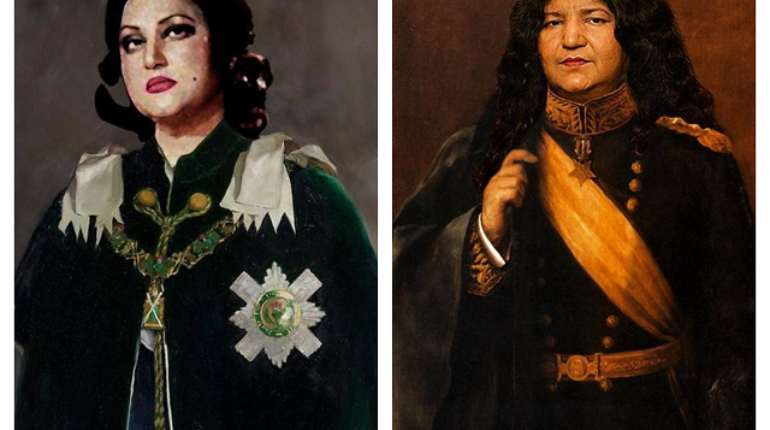 It’s not everyday you see Drake dressed up as a Maharaja or Kylie Jenner in a turban. But one Pakistani artist is making it happen! Dignik, an Islamabad based visual artist has been making waves on social media with his interpretation of cultural fusion with photo manipulation.

On his social media handle, we see many Pakistani bigwigs such as Abida Parveen, Nusrat Fateh Ali Khan, Noor Jehan and Arif Lohar dressed as British Royals. And it looks pretty good!

Talking to Arab News, Dignik shared, “I was messing around with a lot of photo manipulation and putting people in scenarios where they aren’t supposed to be.”

“That theme already was in the works on my page where I was putting rappers in dabbas, for example, creating scenarios that would never happen in real life,” he added.

Speaking of why he chose to portray Pakistani maestros as British Dukes and Duchess, Dignik added, “During the time the royal family were on their way, I was thinking to myself, ‘How awesome would it be if those paintings in British mansions, those very specific types of paintings, had a Pakistani icon in them.’”

“I came up with the idea of doing a portrait of Abida Parveen,” said Digink. The artists further added how he had a tough time coming up with the right idea and danced between possibly first producing an Atif Aslam or Rahat Fateh Ali Khan portrait, but eventually ended up back at using Parveen’s face first. “It took me around three to four hours to completely make it.”

“The commentary around on my art is so different I think to what other artists get,” he told the publication. “There is a group of people who relate to my stuff. They love it and want more. Then there is that opposite group that comments like ‘You are disrespecting our culture’ and all that, but I don’t see it that way. In order to progress, we have to be willing to be critical.”

Dignik has almost 25k followers on Instagram. He has been using photo manipulation way before his take on Pakistani maestros and we are loving it! 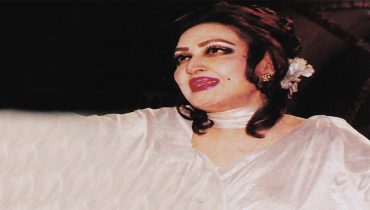 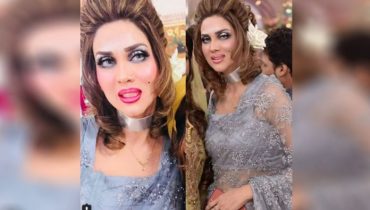