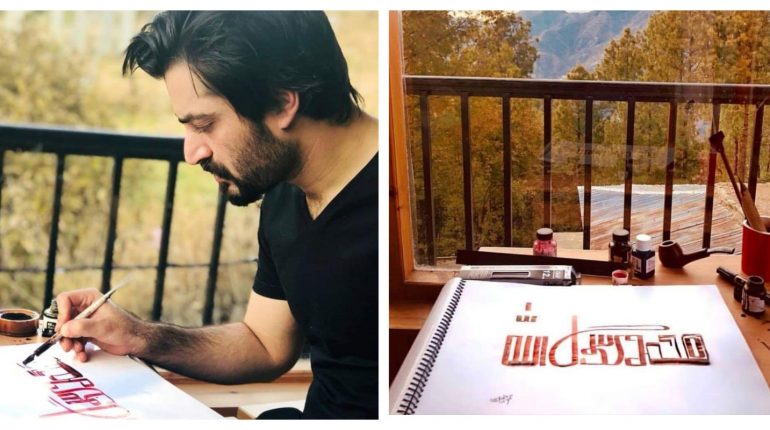 Hamza Ali Abbasi is an innovative sensation in Pakistan. Hamza Ali Abbasi is a Pakistani cinema and Television performer. He was born on 23rd June, 1984 in Multan. He is famous for his characters in Pyaare Afzal, Mere Dard Ko Jo Zubaan Milay and Mann Mayal.  He is distinguished for his charming and dashing appearance and performing skills among all other male performers.

Eid Milad-u-Nabi S.A.W. is celebrated all over the world in comemoration of birth of Holy Prophet Hazrat Muhammad  S.A.W. We are proud to be ummati of Hazrat Muhammad S.A.W. All Muslims lit up their cities , streets , masjids and houses in love with our beloved Prophet Muhammad S.A.W. on this auspicious ocassion. Actor Hamza Ali Abbasi expresses his love with Holy Prophet S.A.W. by doing beautiful calligraphy on Eid Milad-u-Nabi S.A.W. He recieved much praise on social media for his beautiful art. 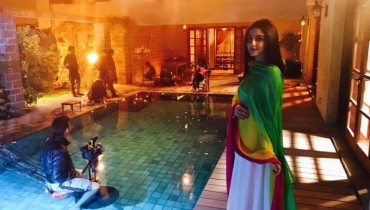 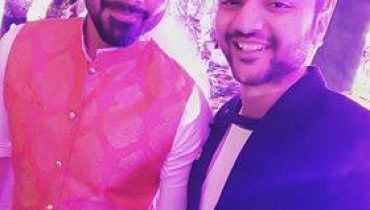