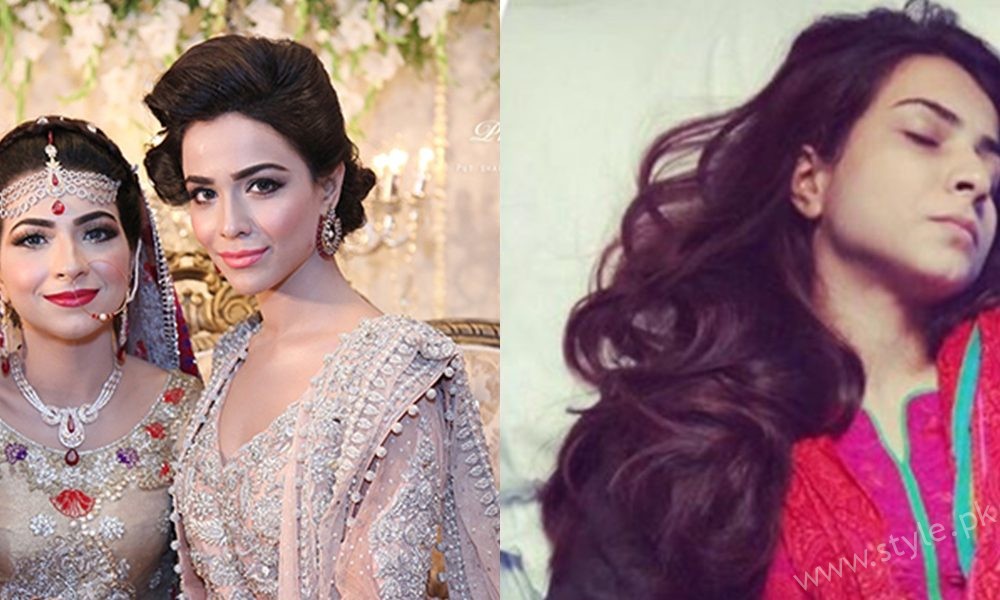 Malick took to Instagram and said her sister, Dua Malick, was hospitalised after consuming weight loss pills from FitFibre. “I am just shocked where our society is going. I really want to tell the world what trauma our family is going through,” she wrote.

Humaima Malick said the company offered the products to her sister, however, she fell sick after consuming them. “As you all know that my sister Dua is a 22-year-old, healthy and successful mother of two. Yesterday she tried out the very first capsule on much persistence and the entire day she was in severe pain and ended up in the hospital.”

TodayLahore based weight loss products company has denied the allegations by Humaima Malick. The company said in their facebook post: “Recently there has been an Instagram and Facebook post put up by Dua Malik stating that due to her use of FitFibre she was hospitalised. We as a company take our integrity very seriously, which is why we are issuing this statement to clarify the situation and address what we feel is tantamount to defamation and cyber bullying,”

“Ms Malik first approached FitFibre in 2015 and was interested in trying the product and wanted the company to either provide a discount or give it complimentary to her in return for promotion. At that point in time we did not pursue this. Ms Malik next approached us on November 21, 2016 asking us to send her the product at a discounted rate in return for a social media post.’

“At this point the terms were agreed on and Ms Malik was to put up social media posts and receive a 10% discount on the package. However, we did not make the sale as she did not follow through on the agreed terms. Nonetheless, since she was in constant touch about trying FitFibre and keen to try it, we chose to include her in our list of people of influence to whom we were gifting FitFibre for her try it too; it must be stated clearly we in no way were insistent that Ms Malik use the product nor did we link the gift to any kind of social media post we simply sent it to her, and have all the evidences via messenger to prove in a court of law,” the post added.

Further, the company claimed Dua contacted them and complained of a stomach ache following which they had their resident nutritionist “call her up to explain how taking an inadequate supply of water can cause bloating, which appeared to be the case in this instance too”.

Denying the sisters’ social media posts, the company wrote, “There is no proof that two capsules of FitFibre have caused any such effects considering the immense amounts of research that has been done regarding the product, the fact that it is a common supplement used worldwide and no such effects have been found to be caused by Glucomannan.”

What’re your views about the story?