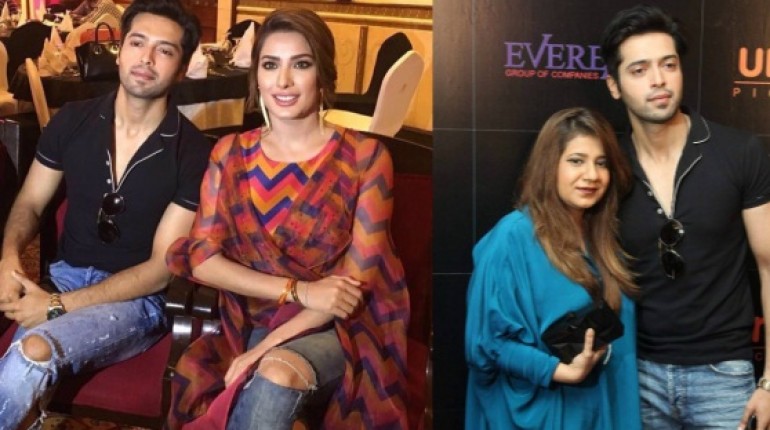 Let us take a look at the pictures of Fahad Mustafa and Mehwish Hayat on the trailer launch of ‘Actor in Law’.