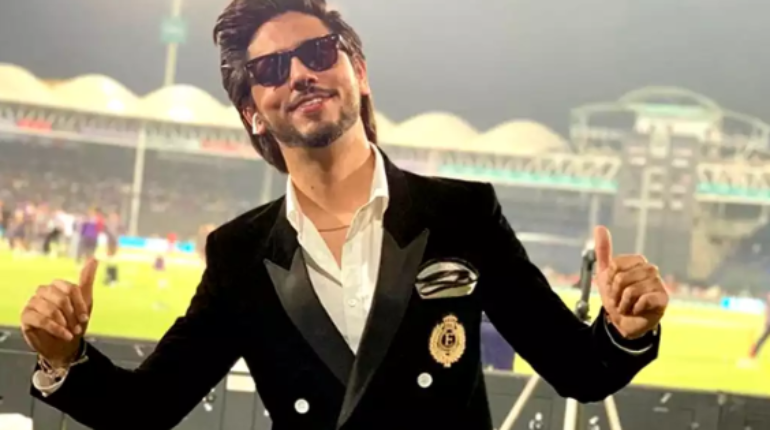 Television presenter Ahmed Godil, the host of the opening ceremony of PSL 2020, was criticized by the public for his mediocre performance while hosting the ceremony.

The host’s antics became the talk of the town, and in became fodder of some hilarious memes. Tired of all the vitriol Ahmed Godil responded to his trollers on his social media account, he posted the picture from the venue and wrote: “Two thumbs up for all the people who are trolling me and trying to mock me just because of pure jealousy and can’t digest how someone can reach till here but this is because of immense hardwork and dedication.”

“Thank you for all the love, hate, respect, direspect and support!!

The PSL host had stated that people did not realize how difficult it is to host an event as huge as the cricketing league and the amount of pressure on an individual when he has to face a massive audience live. Speaking out against the hurt and ridicule he encountered after hosting the ceremony, he said: “Did you want me to tear off my clothes and start dancing? Were you expecting me to dance? Or sing?

“Entertain you like a stand-up comedian? I am a ground host; I was doing my job,” he added.

Godil said Fakhr-e-Alam was the PSL 2020 opening ceremony’s real host. He said he was not even aware that he would go live as his job was only to energise the crowd from before the performances began.

Apart from making fun of his accent, dressing, and performance, Godil shared that his phone number was also leaked on social media and since then he has been receiving text messages and calls.

However, Godil became a target for memes as people took to social media to poke fun of him after he hosted the PSL 2020 opening ceremony.