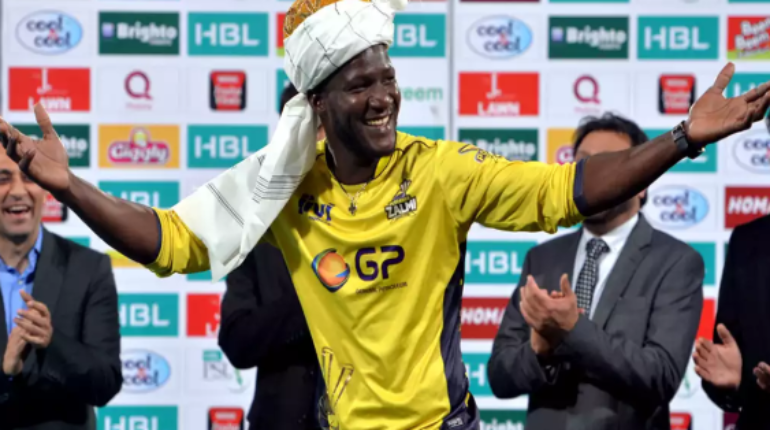 West Indies former World Cup winning captain and Peshawar Zalmi leader Darren Sammy expressed that he is “truly honored” to be given Pakistan’s civilian award and thanked the countrymen for showering love on him.

Darren Sammy shared his excitement on his official account on Twitter, saying, “I am truly honored to be given this civilian award. We took a small step in the right direction in 2017 and look at us here today. All the foreign players played their part.”

“Thank you Pakistan for the love shown to us. We only want you to experience cricket at home,’ he added.

Over a period of time, Sammy has gained much recognition and respect in Pakistan due to his contributions for PSL and his support for Pakistan . The idea of the honorary citizenship was initiated by Javed Afridi, the owner of Peshawar Zalmi, the team Sammy has represented since the start of the PSL in 2016.

Darren Sammy has played a vital role in return of cricket to Pakistan, and the country has decided to express its appreciation in style, by extending an honorary citizenship to the former West Indies captain.

Darren Sammy, who is currently leading Peshawar Zalmi in the fifth PSL season, will be given the honorary citizenship and Pakistan’s highest civilian award on March 23.