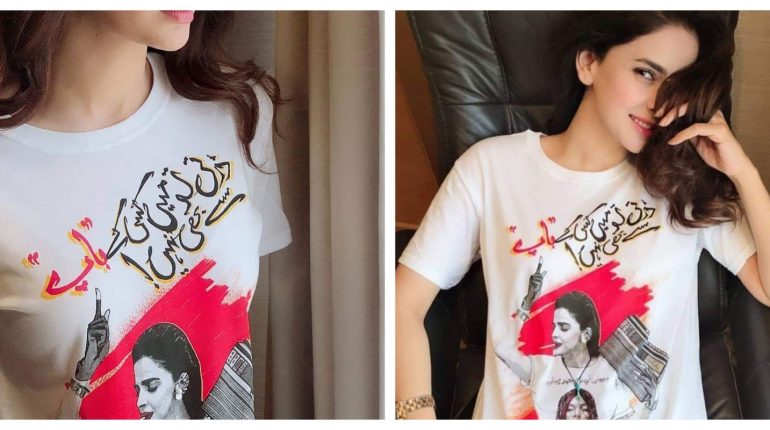 Saba Qamar is leading and top paid actress of Pakistan. She is a sizzling model aslo. She showed magic of her acting skills across the border and got much appreciation. Her real name is Sabahat Qamar but she is famous by her screen name Saba. She is a commercially and critically acclaimed actress and has won several awards for her performances. She has been awarded the Lux Style Awards eight times and has also won a Hum Award. Het acting debut with the television series is Mein Aurat Hoon. Her further projects were included Jinnah Ke Naam’,‘Tinkay’,‘Dastaan’,‘Uraan’,‘Maat’,‘Pani Jaisa Pyar’,‘Shehryar Shehzadi’,‘Ullu Baraye Farokht Nahi’, ‘Kaisay Tum Se Kahoon’, ‘Main Chand Si’, ‘Bunty I Love You’, ‘Main Sitara’, ‘Sangat’ and ‘Besharam.

Saba Qamar is a straight forward lady. Her pictures in this cool T-Shirt presented us a moody aspect of her personality. The caption has written on it ; 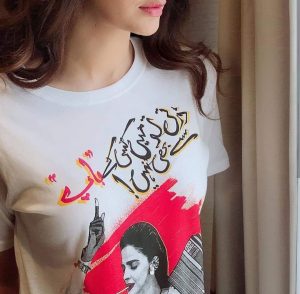 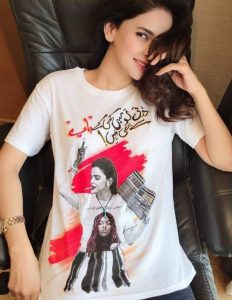 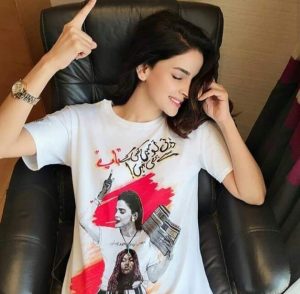 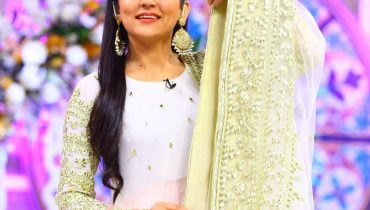 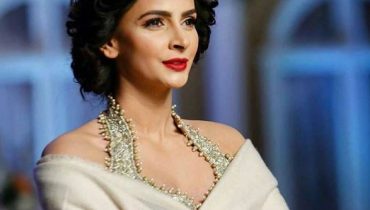