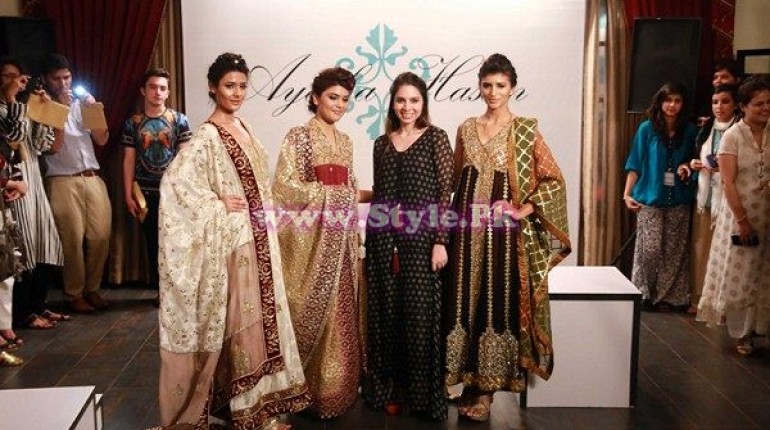 The Spring/Summer 2012 formal collection officially marked Ayesha Hasan’s entry in the world of fashion- and that too, with work that stood out from the rest. With intricate gota, marrori, wasli, resham, zardozi hand-work on wearable cuts, her clothes became reputed for being different, traditional, and timelessly elegant.

‘For my first collection, I took inspiration from the work that artisans did in the subcontinent during the Mughal era. From the lattice-work, paintings and inlays in their architecture, to the paintings on the crockery and pottery- every design element done by these craftsmen inspired me. I wanted to incorporate the intricacy and attention to detail that is so evident in the work from that era, as well as the timelessness in its aesthetic.’ Says Ayesha Hassan

Ayesha Hasan’s design aesthetic leans towards classical traditional style and she has been praised specifically for her gota work. Although she has experimented with Western cuts and styles, most of her work employs the use of local handcraft techniques like block-printing, screen printing, zardozi, wasli, marrori, resham, gaara. Ayesha Hasan takes design inspiration primarily from Islamic architecture, history of the subcontinent, Sufism, and incorporates this into her cuts, style, print as well as hand/machine work. Fusing this with her personal style, her aim is to be a notch above the ‘ordinary’, and provide women with a clothing experience rather than a solution. Bold, yet subtle. Loud, yet not over powering, she strives to provide women with clothes that are wearable, different yet have rich, timeless elegance.

“I sometimes look back at the past one year and wonder how I survived in a market that is so saturated with fashion designers. I have been so passionately involved in what I do, I never paid attention to competition, worrying about making my clothes more ‘commercial’- I just believed in myself, in my talent and passion, stayed true to my work, and relied on God to make the rest happen…and it did. I have evolved as a designer, I have experimented, often even through trial and error, and taught myself everything I know today about fashion, design, its technicalities, and I think I’ve come a long way from where and how I started’, says Ayesha Hasan when asked about how her experience as a designer has been so far.” Ayesha Hassan added
Although still a new face in the industry, Ayesha Hasan has built a reputation for being one of the few young designers who has proven her expertise in prêt, diffusion wear as well as haute couture in a span of just one year. Since her label’s inception in 2011, Ayesha Hasan has had numerous sold-out exhibitions, and received a tremendous response on her debut showcase at FPW4. View Ayesha Hasan’s Collection at Pakistan Fashion Week 4 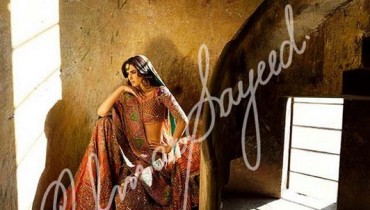 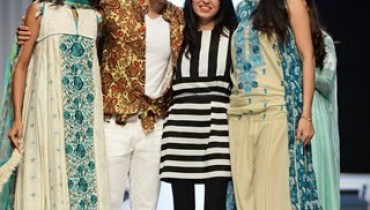