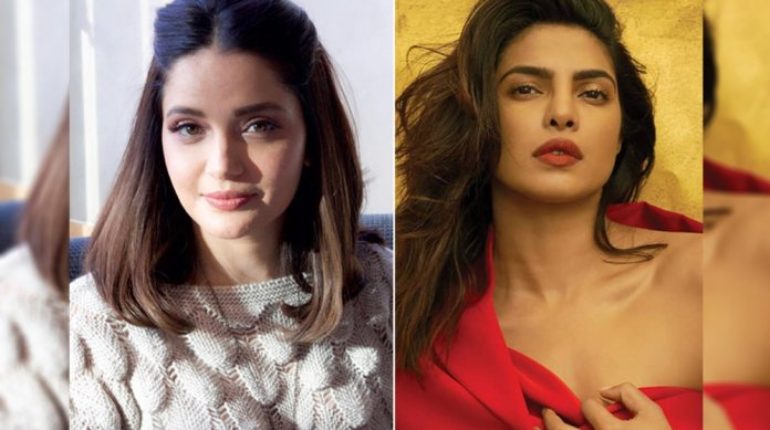 Pakistani actor Armeena Rana Khan and her fiance have penned an open letter to the UNICEF, asking the international corporation to take motion against its Goodwill Ambassador Priyanka Chopra who has been accused of “encouraging nuclear war”.

Taking to Twitter, Armeena shared her open letter to the UNICEF where she asked UNICEF’s Executive Director Henrietta H Fore for Priyanka’s elimination as the world peace ambassador.

“With this in mind and the repeated stance of Mrs. Chopra-Jonas, we are certain that we echo the ideas of many human beings in asking whether UNICEF endorses Mrs. Chopra-Jonas’ stance on patriotism? Do you assume it is perfect for you to work with partisan companions who assist a war? May we invite UNICEF to distance itself from ambassadorships that are incongruent with your organizational values and culture,” Armeena penned in her letter.

“Mrs. Chopra-Jonas will be tarnished with the aid of her stance going forward, as will those associating themselves with her. Ultimately it is your responsibility, as Executive Director to act promptly in safeguarding the reputation of UNICEF,” she added.

“If you are not prepared to act upon our reliable worries then it will go away us with no option but to distance ourselves from UNICEF, encouraging our elected representatives and others to work toward the same,” Armeena concluded the letter.

The controversy caught Priyanka whilst attending a BeautyCon match the place she was once criticized with the aid of a Pakistani fan, Ayesha Malik for assisting nuclear conflict with Pakistan whilst the UN was asking both nuclear-armed nations to stay peaceful.

What are your views?