Ahsan Khan is one of the celebrity-owned clothing brands in the country. The brand is known for its women’s wear and menswear. Ahsan Khan winter dresses 2013-2014 for women were released by the brand after Ahsan Khan semi-formal  dresses 2013.

The winter dresses are all casual. These casual wear clothes are great for different women including older and younger women. The clothes of the brand in this collection include medium-length and long shirts. They are paired with tights. You can use them for day wear. So, for all those interested in getting winter casuals, Ahsan Khan winter dresses 2013-2014 for women are perfect.

Ahsan Khan is a clothing brand in Pakistan. It was founded by an actor of the same name. The brand offers ready to wear clothes for men and women. For women, conventional as well as modern clothes are provided by the brand. For men, the brand offers conventional clothes like kurtas. Most of the stylish dresses and clothes offered by Ahsan Khan are casuals. However, the brand does have semi-formals to offer also. Vibrant colors, amazing color combinations and nice cuts are the main features of the clothes of Ahsan Khan. They are available through a couple of multi-brand stores and its own stores. 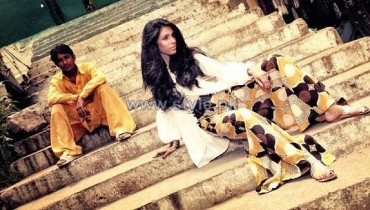 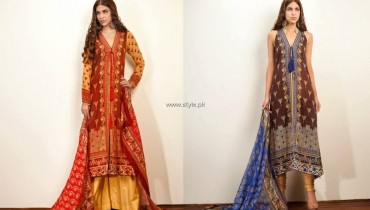