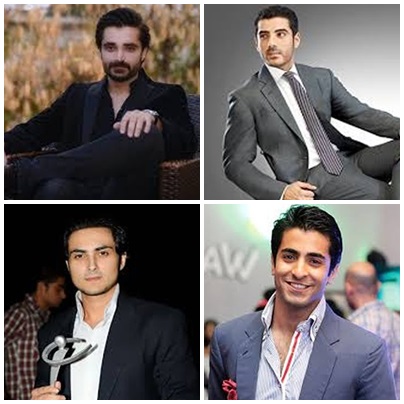 Inside the world of Pakistani showbiz there are so many male celebrities who have millions of fans even after getting married such as Humayun Saeed, Ahsan Khan, Adnan Siddiqui, Nauman Ejaz and many more. But at the same time there are some bachelor celebrities whom you never want to get marry!

At the top of the list we have none other than famous sportsman and politician Imran Khan. He broke so many hearts of female when he tie up the knot of wedding with the anchor Reham Khan. This marriage just stay long for few months but now as the couple has been separted so once again women are dreaming about to get marry with Imran Khan. Is he our favorite too?

On the next we have the name of Hamza Ali Abbasi who steal away so many hearts in Pyare Afzal. He is an achor, film actor, director and television personality as well. So many inside stories came up that he is married but all the rumors are baseless. Hamza Ali Abbasi is at the second spot of the top bachelor celebrities of 2015.

Coming up to the next we have the actor turned producer Shehreyar Munwara. He made his best and known place with the debut serial Assmano Pey Likha that made his the favorite of every single woman.

Bilal Lashari is at the 4th spot of the bachelor celebrities in 2015 who have taken back home huge appreciation with the film Waar. He has millions of fans who love and praise up his work and direction skills.

At the last we have Adeel Hussain! Adeel Hussain has grab up so many eyes attention with his film Ho Maan Jahan in which he is looking so handsome and dashing.
So these have been the top 5 bachelor celebrities of 2015 whose wedding announcements are the most wanted ones. If ever they get married they will definitely going to break millions of female hearts!