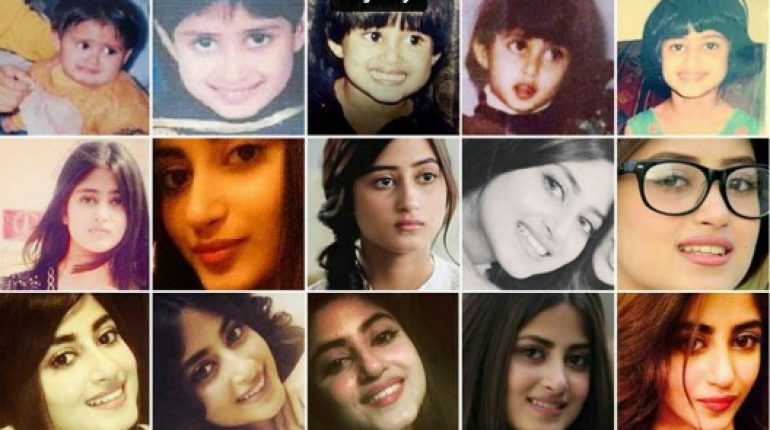 When we mention the names of some of the leading and well known actresses of the Pakistan television industry, then on the top of the list we never miss out mentioning with the name of Sajal Ali. She is one of the dynamic actresses of the television world who got the huge sum of fame and success in just the small time frame of the career establishment.

1. She was not born and raised up in Karachi. She was born in Lahore and has spent much of the years living there. Then her parents got separated and they shifted to Karachi. She has done her intermediate from Karachi.

2. Sharing one of the incidents, she shared in one of her interviews that one of the director said her that her voice was very ‘patli’ and she was like, what?

3. In one of the interviews she added that she love playing the weak girl characters all the time because at the end of the serials, that weak girl comes up with the strong message. She has done so many roles in her career such as mentally challenged girl in Sannata, and an immature girl in Nanhi.

4. So many times sajal ali mother has shared a phrase with her ‘log kya kahengai?’ and she has always reply as, ‘Logon ki parwa hai humein?’ I’m a little short-tempered when it comes to that phrase.

5. She has never thought about becoming the actress as she had a dream to move into the business studies and be a business woman.

6. She has a plan to do the bachelors in Media Studies as from England which is on her cards.

7. She do take her mother as one of the strongest and inspirational character of her life. Hre mother is expired due to cancer.

8. She is in relationship with actor Feroze Khan and she has never hide this fact from her fans.

9. She has no particular dream to work along with Shahrukh Khan or Salman Khan. She just focus on getting a good character.

10. Gul e Rana is one such project that is closest to her heart.

No doubt sajjal ali is one of the most accomplished actresses of Pakistan Showbiz industry. Even young beauty sajal impressed people around all over the globe with her stunning performance in the Bollywood movie “Mom.”

Sajjal Ali is not only known for her acting only but also delicate looks and expressive eyes. The gorgeous actress has made a very impressive career at a very young age. She also has a great appearance at modelling, and done shoots and advertisements for various brands. Zillion fans are going crazy over her because of her snazzy fashion sense. Sajal ali Instagram followers are more than 1.4 Million and you can found more than millions like on single sajal ali pic. Sajal Ali Facebook page is also very popular.

Well – here we are decided to share some incredible facts of Sajal including age, height, date of birth, dramas list, sajal ali family, and everything that you need to know!

Read on to explore these incredible facts:

The star face was born on 17th January in Punjab, Lahore, Pakistan. But, then sajal mother got separation from her father, and they shifted to Karachi and completed her early education there. She has two siblings, a sister and a brother and her sister Saboor Ali is also a famous actress.

Sajal begins her drama career by playing a stunning role in one episode of the 2009 Geo TV’s comedy-drama Nadaaniyaan. Thus, her star face got noticed when she appeared in the ARY Digital’s family drama serial Mehmoodabad Ki Malkayein, in this serial Sajal ali sister Saboor Ali also appeared. Sajal also plays a very difficult role in serial in HUM TV’s Mohobbat Jaaye Bhaar Main, and it was also a turning point for her career.

Yes, after proving her tremendous performance in the drama industry Sajal moves ahead towards films industry. Sajal starts her first debut with Zindagi Kitni Haseen Hai. The movie was based on the love story, and Feroze Khan Play the role of sajal ali husband in this stunning love story. Additionally, the gorgeous actress made her Bollywood debut in 2017 with “Mom.” Hasseb khan suggested Sajal to Boney Kapoor for this Bollywood film. After that, she got a call and made a trip to Dubai where Sajal met Boney Kapoor and his superstar wife, Sridevi. The audience really praised Sajal acting, and she was selected for the film Mom where she was going to play the character of a teenager, who doesn’t get along with her stepmother – and the most famous star face Adnan Siddiqui played Sajal father in the film Mom.

She is not married yet, and there were rumours that sajal ali and feroz khan marrying each other. But, they both clearly mentioned that they are just friends and Feroze family wants him to concentrate on his career.

What about Sajjal Ali Personal Life:

As mentioned earlier, Sajal has two siblings and her sister Saboor Ali is also a famous actress of Pakistan drama industry. Sajal lost her mother due to cancer, and she highly traumatized by that loss. She has been romantically linked with her co-actor Feroze Khan. He is the brother of the actress Humaima Malick, and he always praised Sajal whenever he has been asked publically about her. However, both stars mentioned that they are just good friends and not getting engaged or wed.

Well – Stay with us to know more about Sajal Ali Dresses & her lifestyle. 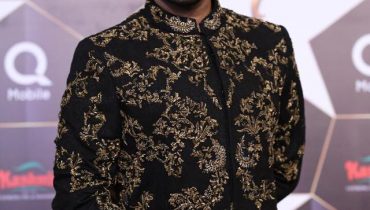 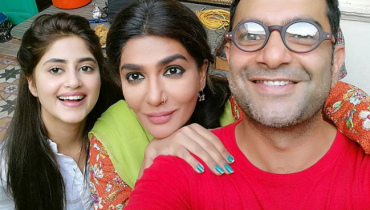