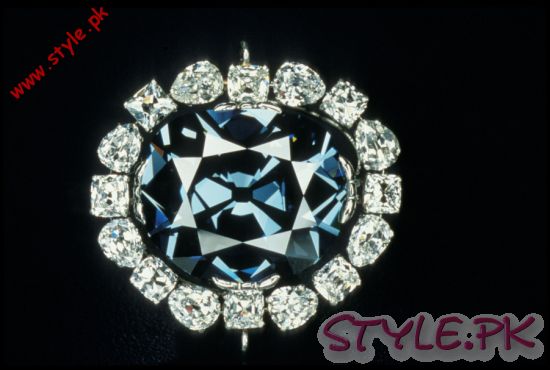 The 45.52 carat Fancy blue Hope Diamond was found in India back in remote times, as a rough crystal weighing 112 carats. It was first came to light when Jean Baptiste Tavernier, a French traveler of the 17th century, was approached in India by a slave who had a very secretive manner about him.

It turned out that he had in his possession an intriguing blue stone which at first look seemed to be a large sapphire, but the well-experienced Tavernier soon realised that it’s a diamond – the largest deep blue diamond in the world. Its color was defined by Tavernier as a “beautiful violet.”

Travernier's Diagram Of The Hope 112 Carat Diamond in Rough Form

Tavernier sold that diamond to King Louis XIV of France. In 1791, after an attempt by Louis XVI and Marie to flee France, the jewels of the French Royal Treasury were turned over to the government and during a week-long looting of the crown jewels in September 1792, the Beautiful French Blue diamond was stolen.

The Hops diamond disappeared for many years, but in 1839 a large blue diamond of a entirely different shape, and weighing only 44.50 carats appeared on the market in England by an English Banker Henry Thomas Hope. After the death of Henry Thomas Hope, the diamond was sold to pay off his debts. The diamond was sold to Selim Habib who put it up for an auction in Paris in 1909. It wasn’t sold at the auction but was sold soon after to C.H. Rosenau and then resold to Pierre Cartier that same year.

In 1910 The Hope Diamond was sold to Mrs. Evalyn Walsh McLean, of Washington D.C. of America and it was converted in a pendant, with 16 white diamonds, both pear-shapes and cushion cuts including the McLean diamond and the Star of the East. The necklace chain contains 45 white diamonds as we know it today.

The Hope Diamond As a Pendant

In 1949 Harry Winston Inc. of New York City purchased entire jewellery collection of Mrs. Evalyn Walsh McLean including that Precious Hope Diamond. For the next 10 years Beautiful Hope diamond was shown at many exhibitions and charity events world wide by Harry Winston Inc. On 10th November 1958 Winston Inc. donated the Hope diamond to the Smithsonian Institution and immediately the great blue stone became its premier attraction.

Today thousands to tens of thousands of visitors press into the Harry Winston Gallery of the Smithsonian’s Geology, Gems and Minerals exhibition to experience the beauty, magic and mystery of Hope Diamond, making it perhaps the most visited museum object ever in the world. The Hope Diamond has been viewed by more than 100 million people since Harry Winston gave it to the Smithsonian Institution in 1958.

Hope Diamond in the Smithsonian Museum of Natural History

Despite of its long history in the public eye, the diamond still prompts many questions like was the Hope Diamond cut from the great French Blue Diamond that was stolen during the French Revolution in 1792 ? 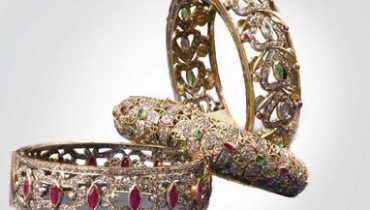 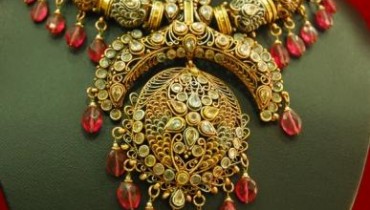