Home
|
2018
|
The first Junoon concert after 13 years to take place in December! 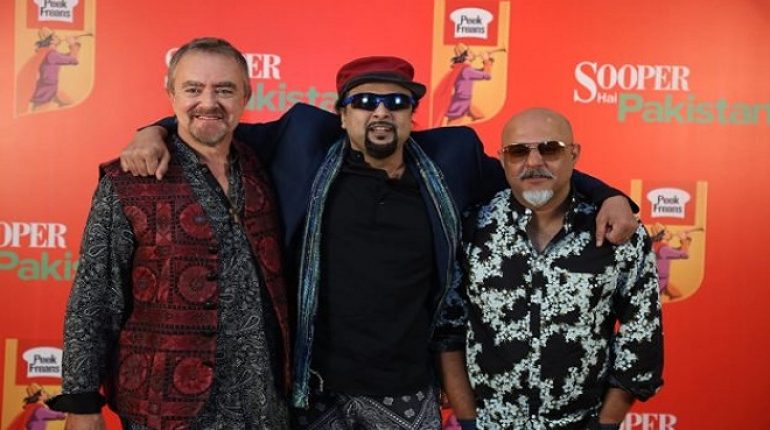 The first Junoon concert after 13 years to take place in December!, After a long wait, grudges being put aside and friends coming back together, we have the first ever Junoon concert, after 13 long years, just round the corner.

The Junoon guitarist, Salman Ahmed, has confirmed the news, that indeed the first Junoon concert, after a full decade and three years, is all set to be held in December.

Sharing via text, Salman Ahmed told Oye Yeah that the concert would be taking place on the 25th of December 2018 at the Arabian Sea Country Club.

Junoon was one of the biggest bands in Pakistan back in its time. The band comprised of Ali Azmat, Salman Ahmed and Brian O’Connell. The trio of these rockstars delivered a number of hits including but not limited to as Sayonee, Yaar Bina Dil, Sajna, amongst others. People still revere Junoon for its redefinition of rock in Pakistan and are looking forward to the reunion concert more than ever now!