Jeans are trousers made from denim. The word “jeans” comes from the French phrase bleu de Gênes, literally the blue of Genoa. The American blue jean was invented by Jacob Davis and Levi Strauss in 1873. Jeans, originally designed for work, became popular among teenagers starting in the 1950s.

Historic brands include Levi’s, Lee and Wrangler. Jeans come in various types, for example, skinny jeans, boot cut, or flare. Jeans are now a very popular form of casual dress around the world, and have been so for decades. They come in many styles and colors; however, “blue jeans” are particularly identified with American culture, especially the American Old West.

Designer jeans are high-fashion jeans. The Nakash brothers (Joe, Ralph, and Avi) are generally credited with starting the trend when they launched their Jordache line of jeans in 1978. Designer jeans are cut for women and men and are often worn more fitted than traditional jeans, though relaxed cuts are available. They sometimes feature designer names or logos on the back pockets and on the right front coin-pocket.

In the late 1980s, designer jeans lost popularity. Beginning in the 1990s with Helmut Lang and into the early 2000s, they started coming back into fashion, with specialty brands such as Citizens of Humanity, Cheap Monday, Chip and Pepper, Diesel, Dorinha Jeans Wear, Energie, Evisu, G-Star Raw, Guess?, Ksubi, Lucky Jeans, Mavi Jeans, Nudie Jeans, PRPS, Replay, Rock and Republic, Samurai Jeans, Seven for All Mankind, Taverniti So Jeans, Parasuco, True Religion, and William Rast. A few of the original designer brands, namely Jordache, Calvin Klein, and Dittos, are also coming back with the designs that made them popular.

Many of Us want to know what are the best brands to buy. There’s ALOT that goes into Jeans according to Style, Fashion, Fits, Colour etc. So We are Discussing a few Here.

Wrangler is a pioneer jeans manufacturer brand that rules the heart of its every customers. Wrangler Jeans were first made by Blue Bell which later acquired the brand. Because of their rugged style and durability Wrangler Jeans have always been associated with cowboy and ranchers. But, they are not just for cowboys. They are truly the known as western wear throughout the world, but they are becoming more popular for many outdoor activities. Wranglers are a bit heavier in fabric than most jeans you will find on the market today, which is why they are so rugged. Because of the thickness of Wrangler jeans you are more protected from the elements such as cold temperatures, jagged rocks and even glass that you can encounter when exploring a sunken ship.

Levi Strauss & Co. (LS&CO) is a privately held clothing company known worldwide for its Levi’s brand of denim jeans. It was founded in 1853 when Levi Strauss came from Buttenheim, Franconia, (Kingdom of Bavaria) to San Francisco, California to open a west coast branch of his brothers’ New York dry goods business.

Levis are one of the most comfortable pair of pants you can wear. Levis Jeans are Made of 100% denim cotton, Levis are designed for a comfortable fit. With ample space in the seat and thighs and then tapering down from the knees to the ankles, the jeans provide both comfort and style. Never too tight or too loose, the pants fits all sizes and shapes. The most popular brand, the 550s for men, come stonewashed and as they fade they feel and look better with time. Levis is one of the most recognized clothing brands in the world.

Diesel S.p.A. is an Italian design company. It is best known for clothing aimed at the young adult market, particularly jeans. The company is owned by its founder Renzo Rosso, and is based in Breganze in northern Italy.

As far as iconic jeans go, then the Diesel brand is probably the most easily recognisable, they can be found for sale in high street shops, but equally in more prestigious outlets too.
Diesel jeans are fantastic by way of design. The perfect pair can complement any figure, regardless of stature. This is probably the reason why they are one of the most popular jeans on the market now.

Calvin Klein Inc. is a fashion brand founded in 1968 by Calvin Klein. The company is headquartered in Midtown Manhattan, New York City and currently owned by Phillips-Van Heusen. Like other fashion brands, Calvin Klein established a world famous monogram: the “cK” emblem.

7 For All Mankind (often referred to simply as Seven, Seven Jeans or 7FAM) is a brand of designer jeans founded by Michael Glasser, Peter Koral, and Jerome Dahan in 2000 and headquartered in Los Angeles, California. Since 2007, it has been owned by the VF Corporation.

The 7 for all Mankind Jeans are for those who prefer to have perfect cuts and superior quality fabrics. 7 for all Mankind is a brand that you can really trust for good fabric and comfortable jeans. Spending a few hundred dollars is worth buying these exclusive jeans. 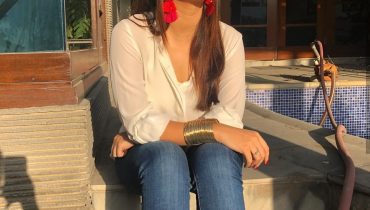