Rolling out the list of nominations for this years 16th edition of the International Indian Film Academy (IIFA) Awards, it came to us no surprise yet again to find our very own Awari boys in the nomination list.

Soch has definitely hit the rights chords with Awari everywhere.

Awari by Soch from Ek Villain has in IIFA grabbed up the nomination for the best music direction.

Soch did win the Life Ok Screen Awards but did not win the Filmfare Award and GIMA. Despite the fact they are utmost positive. Soch team and the band members do not regret not winning the Filmfare and GIMA awards.

“Being new comer’s nomination for something as humongous as IIFA is a prestige in itself. Soch is all set to fly to Malaysia to attend the IIFA awards and make a Red Carpet appearance as well. IIFA will be taking place in Kula Lumpur, Malaysia in the first week of June.” said Soch Manager Murtaza Niaz.

Soch will face tough competition from Shankar-Ehsaan-Loy for 2 States; Mithoon (Banjara, Zaroorat and Hamdard), Ankit Tiwari (Galliyan), Vishal Bhardwaj (Haider); and Mithoon, Yo Yo Honey Singh, Pritam and Arko Pravo Mukherjee for Yaariyan. Wether the boys will make this win theirs is yet to be seen. 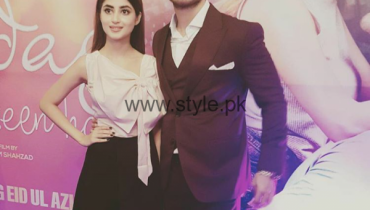