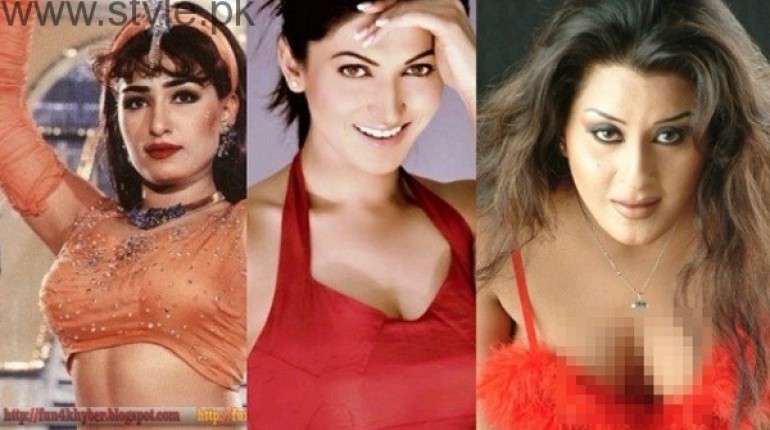 Whenever we see the photos and films of our new Pakistani actresses, we normally get angry over their dressing and blame them for spreading vulgarity! But one thing that most of us don’t know is that our senior and old actresses were also extremely bold. The trend of wearing exposing outfits and doing bold acts, not started in these years but it started many years back in the Lollywood industry!

Well, actress Meera needs no introduction. She is widely known for her bold scenes and scandals. Her vulgar photoshoot with Ashmit Patel, MMS scandal, and bold photos makes her rank top in the list of most bold Pakistani actresses.

Reema Khan was the most famous actress of her time. She was also a bold actress because we have seen her wearing tummy revealing and short outfits in many Lollywood films.

Well known actress, model & host, Noor Bukhari is also among those senior actresses who were bold in their time. She used to wear sleeveless and deep neck outfits!

Sana Nawaz, who is married to Fakhar Imam and is a mother of two kids, was also extremely bold in her time. The internet is loaded with numerous bold photos of Sana Nawaz.

Khushboo was also extremely bold in her time. She was a stage dancer, and an actress. Her vulgar stage dances and photos are still getting millions of views on Google and Youtube!

Saima Noor was among the most beautiful and popular actresses in past. She appeared in numerous Lollywood films among which some scenes were extremely vulgar.

Resham who is very famous in Pakistan, was also a bold actress. Most of the times, she used to wear exposing and short dresses.

Some Other Famous Old Pakistani Actresses Who Were Bold In Past