Ayesha Omer is listed among the bold, young and talented actresses of Pakistan. All of us are aware of Ayesha’s hot item song ‘Tutti Frutti’ in her film ‘Karachi Se Lahore’.

If you haven’t watched the item song of Ayesha Omer, you can watch it here:

In this dance, Ayesha Omer was surrounded by many men. Some of the men belonged to the film staff, while a majority were local people.

So let’s read Ayesha’s statement about her item song which she performed in front of so many people:

Mr.Wajahat, the director of the film, told me that there will be an item song in the film however we have not yet chose whether there will be a dance in a group or something other than what’s expected. At last it was concluded that I will be performing alone many people surrounding me. I told Mr. Wajahat I couldn’t do it. He said obviously I could and requesting that I should not worry”

“I needed the shoot to be postponed but since all the arrangements were now made, it couldn’t be deferred. When I got on the stage and saw so many men surrounding me, I thought I can’t do this. I actually had tears in my eyes. I said to the director, I will just do it if your wife does it first and he said obviously she can do it!

I saw all these odd men gazing at me. The artists who were with me are used to it so they were not going to think that it’s odd. So I conversed with the people surrounding me and said I was doing this item song for the first time so I needed them to co-operate with me.” 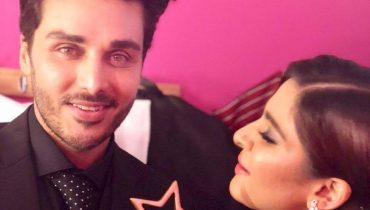 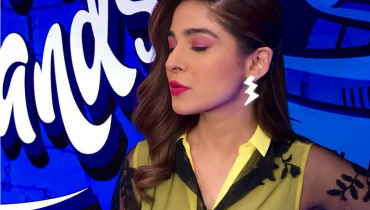