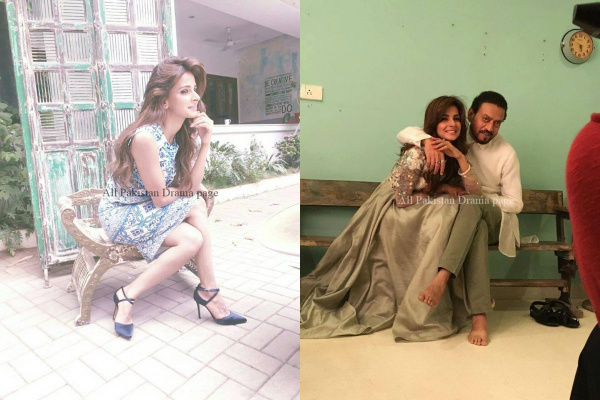 Saba Qamar is a Pakistani actress, model and host. She is among the most famous and talented actresses. She has appeared in many Pakistani dramas and films.

Few days back Saba Qamar travelled to India for her debut Bollywood film with Irfan Khan. The on-screen couple also shared some lovely photos on the sets of their upcoming film.

As per sources, the story of the movie is like Amitabh Bachchan and Deepika Padukone ‘s starrer “Piku”.

Here are the pictures of Saba Qamar and Irrfan Khan on the sets of their upcoming movie.