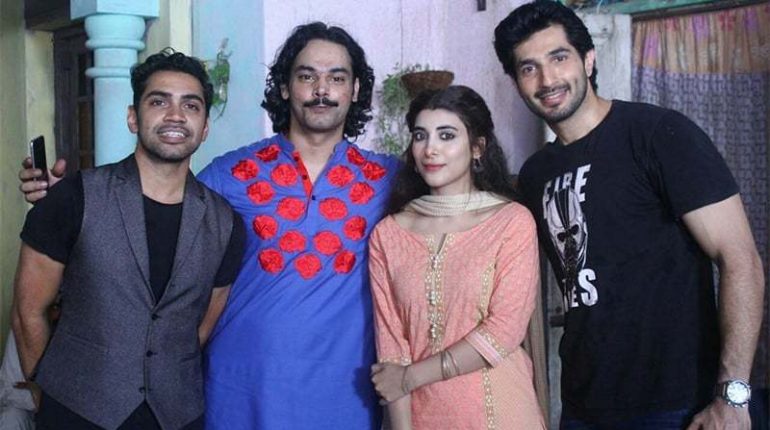 Rangreza, is Gohar Rasheed’s film out and out. He refers to himself in 3rd person, he laughs, he cries, he dances, he throws punches, transitioning with ease often within scenes. While, all other characters have space to perform and most of them are really good, the character development, the dialogue writing, the whole package of Waseem Wallay stands out from Rangreza. It is a good start to Pakistani film season this New Year period. The film starts with an introduction of ‘Achay bhaiya qawal’ family. They are ultra conservative and live hand to mouth, as their trade is no longer lucrative. 2 Qawal brothers, Baray Khan sahab played by Tanveer Jamaal and Chotay Khan Sahab, played by Shahid Naqvi, their wives, Badee Bahu (Saba Faisal) & Choti Bahu (Humera Bano), a generational servant, Baban (Riaz Sherwani), their ailing father, Achay Mian (Akbar Subhani), and of course Waseem Wallay and Reshmi (who in case you are lost in this musical maze, are 1st cousins). Rangreza Is Unequivocally Waseem Wallay’s Sultanat.  Their now ailing and bed ridden father, Achay mian had decided that Reshmi would marry Waseem Walley when they come of age. This holds heavy on Reshmi who is sympathetic to his cousin but also afraid of her future life. Oh before I forget the outstanding Saleem Miraj plays Waseem Wallay’s friend, Akbar. A friend/instigator of troubles for Waseem.

On the other end of the spectrum is Rockstar Ali Zain’s (Bilal Asharaf) family. The family is as rich as they get but still fairly regressive in their outlook. His father (Usman Peerzada) is a wheeling and dealing politician, who wants to get his rockstar son married to a rival party leader’s daughter, the very glamorous Aiman (Alizeh Gabol). Zain’s mother, played by Seemi Pasha is one stereotypical character. Ali’s cousin Saba (Ghana Ali), is Reshmi’s friend i.e. the link between the two. Ali gets introduced to Reshmi and feels madly in love.

How does Waseem Wallay react to this? How does Zain’s father make his case? What do the tradition ridden qawal brothers do? What happens next? You’ll have to watch the film to find out. You think you know the story but there are twists and turns. Especially, the ending has been accomplished very cleverly. The film shows that misogyny prevalent in the society irrespective of social class. However more than just the story, it is the characters which are pivotal in making this an enjoyable film.

There is Waseem Wallay, egoocentric, abusive and most of all self-destructive. It is an extremely flawed but fascinating character. He is the ‘bhai’ with his small group of friends, you see in various localities of Karachi frequently. Basically, he plays an over entitled young male. In his own words, he is Badshah of his own sultanat. He is very well absorbed into the old Karachi ambiance, it doesn’t feel forced at all. His costumes are standout but in a subtle way. Loved the parrot shalwar kamez (the title picture). With dialogues like ‘Video Zafar (buffer) horiya hai’ & teray mou per baray bulb jal rahey hai’, you’ll fall in love with how well Gohar Rasheed has managed to play this character.

Urwa Hoccane, plays the reserved but confident ghar ke izat aka beti. She looks beautiful and manages to pull of difficult scenes with relative ease. Rangreza Is Unequivocally Waseem Wallay’s Sultanat.   Her’s is a regressive character by definition. Whereas, Bilal Asharaf has been made to look like he is a global super star (who parks their Heavy bike beside their pool, man?). His role is also well written. Like Waseem Walley, he is also over entitled and somewhat obsessive. As for the supporting cast, special mention for Ghana Ali and Shahid Naqvi. You’d hate one of them and love the other. Exactly the feelings their characters were supposed to generate.

Couple of things worth mentioning, the camera angles used are really interesting. They have tried different things and have succeeded. There is an early shot, where you see through an owl’s cage. Works for me! Dialogues as mentioned earlier are fantastic. Background score has been again experimented with and I felt it was done wonderfully well. Music is also decent especially the Abida Parveen track is amazing. There were couple of moments where you felt like screaming at the screen as characters took blatantly naive decisions but that is part of the fun.

It could have been better served with crisper editing, hence cutting the length of the film. On the plus side however, Waseem Wallay had greater time to perform his magic. Kudos to everyone involved for creating a character which would be remembered for long. Watch it over the long weekend, you wont regret it. Rangreza Is Unequivocally Waseem Wallay’s Sultanat. 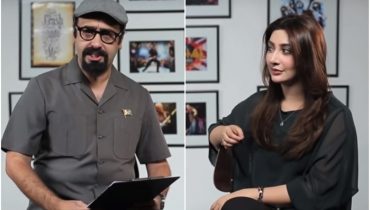 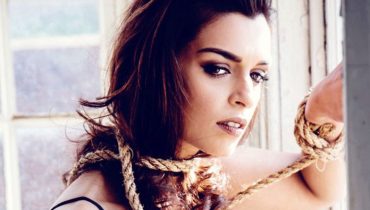