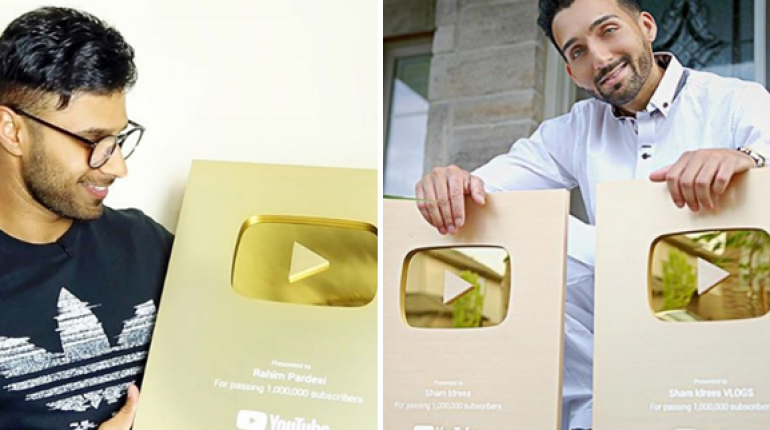 In the recent times of Facebook, Instagram and YouTube we have seen many faces becoming famous because of their blogs, VLOGS or simply their presence on the social media. A new term ‘Social Media Celebrity’ has also evolved and we kid you not there’s quite a lot of them – however only a few have been able to become a household name on the back of their exceptional talent.

Two famous names among these are Pakistani-Scottish born Rahim Pardesi and Pakistani-Canadian born Sham Idrees both of whom are in the news for their Golden YouTube Buttons.

Here, let us give you the widespread information – but just in case you are oblivious – that YouTube Golden button is awarded by the social media platform to channels/people with over 1 million subscribers. Sham who is famous for VLOGs that feature him and Froggy reached the 1 million followers milestone in May; similarly, Raheem who does mostly solo videos with himself as both Raheem Pardesi and his wife Nasreen also achieved the milestone around the same time.

Rahim Pardesi was recently seen flaunting his Golden Button on his Instagram account. In a celebratory post he wrote, “The harder you work for something the greater you’ll feel when you achieve it!”

We are thrilled to see both the talented artists thriving so well on both international and local forums – HIP wishes them all the best for their upcoming projects and achievements. 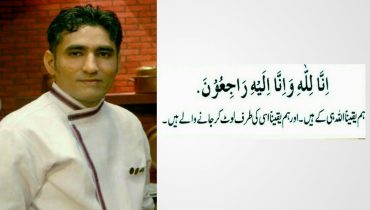 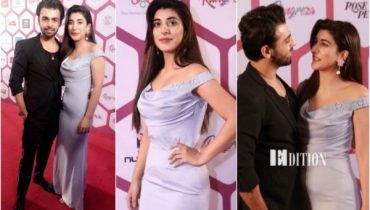