The live performance music video was recorded in collaboration with Vertex Media and Shashkay Films as part of their introduction and testing phase of the 360 degree video recording technology in Pakistan. The song features Rehan Nazim on vocals, Saad Hayat on keyboards, Hasan Mahmud and Abid Wilson on Guitars, Bradley D’Souza bass and Ajay Harry on drums. MIRAGE will be releasing two more such videos later this month.

Speaking about the release of their latest single, Saad Hayat has said, “We got a call from our friend Fawad at Vertex Media asking if we would be interested in being part in testing of the 360 degree video capturing technology. And we, having been following the 360 videos in recent past and big fan of the whole idea, said yes without hesitation. We asked them to shoot one of our live jam sessions at the studio and performed 3 songs. Shashkay Fillms was kind enough to help execute it. We are really excited about this and plan to do a 360 degree video for one of our tracks from the upcoming album real soon!”

In second quarter of 2016, Mirage will be releasing a music video for ‘Pyar Hua’, a single from their upcoming second album, which will also be released the same year. This will be followed by two more music video releases for ‘Pagli’ and ‘Bhoolay’, both also from the band’s second album. Mirage has also started working on their third album which will feature a completely new sound with a more funk rock, upbeat, loud and fun direction.

Mirage, regarded as one of the most talented emerging rock outfits from Pakistan, was formed by Saad Hayat, Hasan Mahmud and Rehan Nazim in 2003 with Bradley D’Souza joining the ensemble in 2013. With their unique sound and blend, unusual compositions and inspiring lyrics and a solid live act, the band quickly amassed a large following. 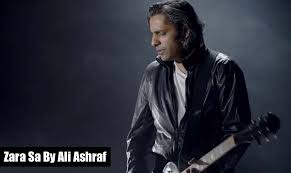