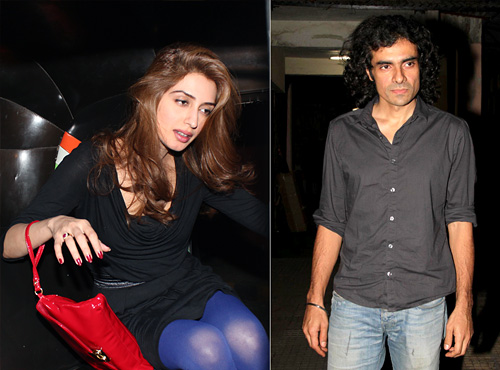 Here we are going to tell you about Pakistani celebrities who dated or married Indian celebrities.

Somy and Salman dated for almost 8 years and then separated. Salman is lucky to have girlfriends but he has never been able to take his relationship forever, isn’t it?

Pakistan’s gorgeous and famous actress Iman Ali once dated Indian director Imtiaz Ali. Although the couple kept it a secret, but their late night parties, and get-togethers made headlines in the media. Iman Ali also shifted to Mumbai for a short period of time, but unfortunately they were unable to keep things going and had to eventually separate.

Well, every Pakistani is aware of Veena Malik’s affair with Indian actor Ashmit Patel. Their BigBoss controversies created a lot of headlines in media and the couple was even spotted together after the end of BigBoss.

Veena Malik then shifted to Dubai, and married businessman Asad Bashir. She has now transformed into a religious lady and has started a new life with her family.

In 1980s, Imran Khan was rumoured to be in a relationship with Zeenat Aman.

Wasim Akram dated Indian actress and former Miss Universe Sushmita Sen. Both of them romantically linked during a reality show in 2008, but after a short period of time, things went wrong and the couple parted ways.

The former ace bowler is now married to an Australian girl Shaniera Thompson.

Pakistani cricketer Shoaib Malik and Indian Tennis Champion Sania Mirza married back in 2010. Belonging to the two different nations, this couple proved that love has no borders and despite many controversies, the couple is living a happy married life. 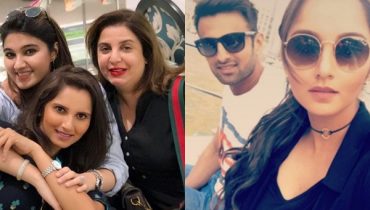