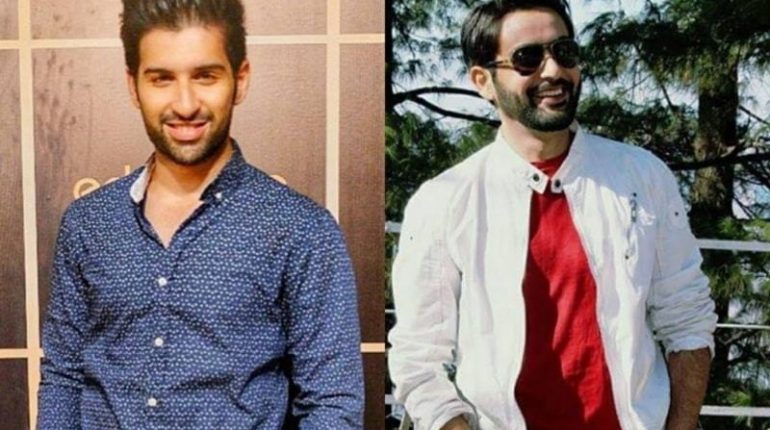 Muneeb Butt And Affan Waheed Chat About Their Respective Eid Telefilms, With Eid around the corner we have plenty of things to look forward to. From dressing up to meeting relatives and of course eating our heart out. But more than that it is our television which becomes a must watch as various telefilms are aired on all three days much to our delight. So when we discovered that Muneeb Butt, Sumbul Iqbal, Affan Waheed and Aiman Khan were all busy shooting for respective Eid telefilms we got in touch with the male leads to know more.

First up is Muneeb Butt who will also be seen in plays like Baandhi, Koi Chand Rakh Meri Shaam Per as well as Baitaab and Sumbul Iqbal starrer Raat Ka Rung which is produced by iDream Productions and will see the duo paired opposite one another for the very first time. Wanting to know more we contacted the star and this is what he shared with us,

“It has been written by Misbah Syed and directed by Ahmad Bhatti. It’s a romantic comedy where my character is a Romeo kind of a guy and the reason why I said yes to it was because as an actor lighthearted roles are my favorite and the script contained exactly that,”

With the shoot almost completed, the telefilm besides Muneeb and Sumbul will also star Bushra Ansari, Hina Bayat as well as Mehmood Sahab to name a few. With us wanting to know what it was like working with Sumbul, Muneeb told us,

“She is very sweet, a great performer as well as very supportive.”

Coming to our next favorite, the Affan Waheed, Aiman Khan Starrer telefilm.

If you, like us, enjoy watching Affan Waheed and Aiman Khan in the sensitive story Baydardi, which is gaining a lot of appreciation from the audience, then you are in for a treat as the duo are pairing up once again for a Eid Telefilm called Khaana Khud Garam Karo. The telefilm has been penned down by Faiza Ifthikhar and we are sure it will be witty and humorous. Since we wanted to know what made Affan say yes to it, we got in touch with the versatile actor and this was his reply to our question,

“I surprisingly didn’t find the concept dogmatically feministic, it was real and very intelligent so I said yes to it.”

With Kashif Saleem directing it and staring Nadia Khan as well as Saleem Mairaj to name a few Affan told us a bit about his role too.

“It is kind of humorous and despite all odds I tried not to make it a slapstick and I just hope I managed it well.”

There are these and more and so it seems we’ll be very much spoilt for choices this Eid.