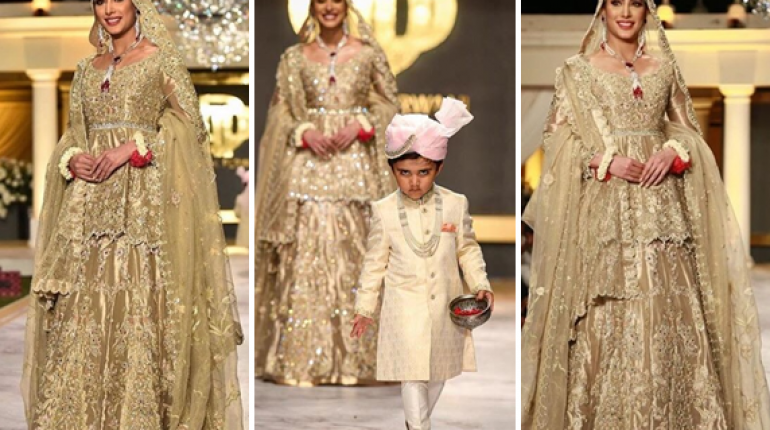 Mehwish Hayat is clearly one of the most sought after female celebrities in Pakistan. She has earned this status by working really hard for many years. Now that she is in a position where she is being offered so many projects, she chooses her projects carefully. Recently, Mehwish said in an interview that she would prefer doing films over working in dramas because dramas are a lot of hard work and the reach and the reward is not that high. Mehwish Hayat has proved herself as an outstanding actress on the big screen. She excels in modeling just as much as she does in acting which is also why she has a massive fan following.

Mehwish Hayat walked the ramp for one of the biggest designers Deepak Parwani on day 2 of Fashion Pakistan Week. She looked gorgeous in a golden bridal outfit which was both grand and beautiful. She got a warm welcome from the audience and was accompanied by a cute little model who showered petals as she made her entry on the ramp. This was one of the best walks Fashion Pakistan Week has seen so far. It was not just Mehwish’s entire look which made it stand out but also her energy.

Here are some beautiful pictures and videos which will surely make your day. 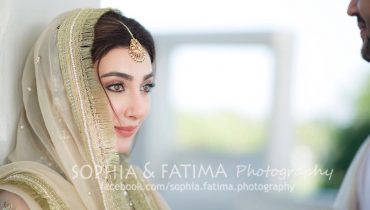 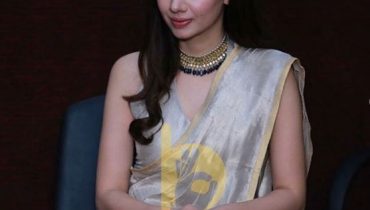