Mawra Hocan is one of youngest talented Pakistani actress and model. She was born on 28 September 1992. She has God gifted Beauty. She has marked her name not only in Pakistan but also in India in a very short time. She was VJ and then moved to acting. She has done a number of dramas like Mere Huzoor, Ahista Ahista and Maryam etc. She has walked on the ramp as well. She has very good dressing sense. Whatever she wears suits her. Mawra once said that Ranbir Kapoor is her crush. Now a days she’s in India for a Bollywood and Ranbir Kapoor’s parents are praising her a lot. She’s enjoying parties with them. Recently, It was Neetu’s birthday and showed great excitement.

Why Mawra Hocane is Bollywood’s best import from Pakistan ?

Mawra Hocane said in a chat, “First of all, let me clarify a couple of things. Now that I have entered Bollywood, I have to explore new horizons as an actor. Our people always take time to adjust whenever something new is done and that’s exactly what happened with my shoot. I’m absolutely fine with the general public reaction, however, I’m very thankful to my fans for such a huge positive response.”

Her latest shot shows her interest in Bollywood.

Mawra has perfect figure, her acting is amazing and her beauty is beyond words.  Every film producer wants to have such relented actress. As our talented actress is at the peak of her career and success in Bollywood. So we can say, Mawra Hocane is Bollywood’s best import from Pakistan

Also see: After Mahira, Mawra Hocane steps out in Dubai. 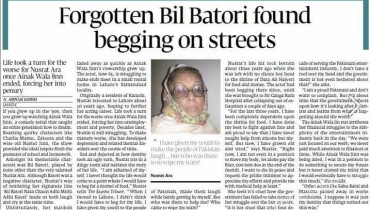 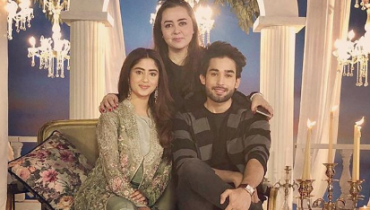