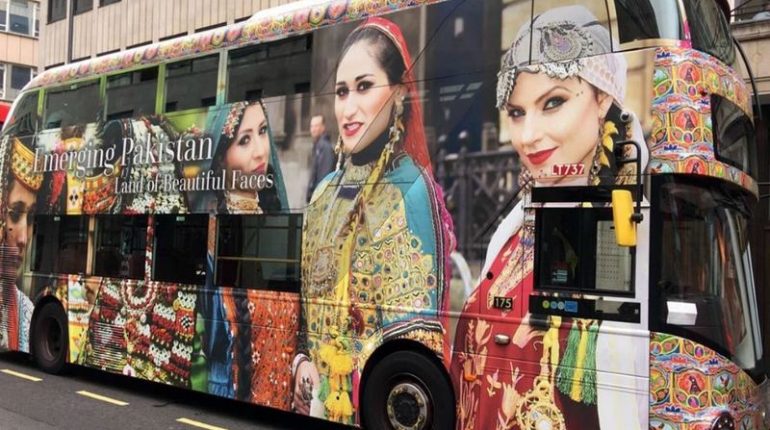 If you’re in London and you just saw a bus decked up in all things Pakistan, you’re not daydreaming.The Pakistan High Commission London has started a four-week publicity campaign under the theme “Emerging Pakistan” to promote our country’s culture in the United Kingdom.

The initiative is a part of celebrations planned for the 70th independence anniversary of Pakistan this year.Under the campaign, London’s iconic red double-decker buses feature shots of Pakistan’s highest peaks, gorgeous landscape, architecture, among other prominent features of the country.
One of the buses that’s parLooks like all the homesick Pakistanis in London have something to look forward to.