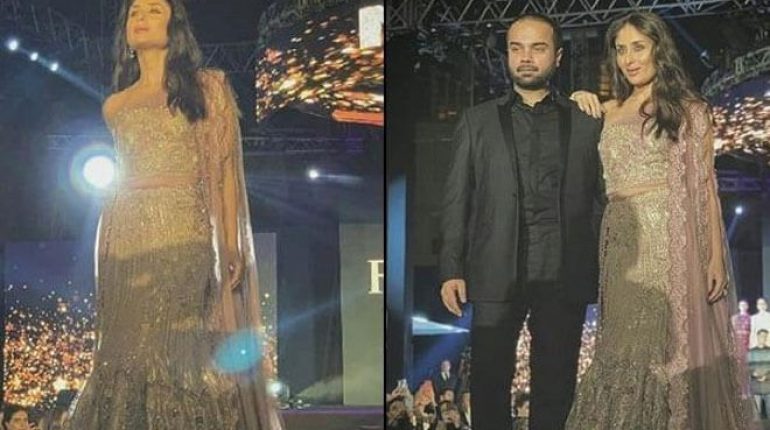 Kareena Kapoor walks the ramp for Masala Awards in Dubai, Bollywood superstar Kareena Kapoor Khan is one of the most talented and versatile actress in the history of Indian cinema. Bebo has always been a trendsetter. Whether it’s with her films ‘choice or her public appearance. Not just in India, but Bollywood’s Chammak Challo is a superstar at a global platform too. Although she doesn’t aspire to step foot into Hollywood, the diva has her fans all across the globe.

The Jab We Met actress was recently spotted at Mumbai Airport leaving for Dubai. We finally have pictures of Bebo walking the ramp for Masala Awards for designer Faraz Manan.

The stunner opted for a beautiful sequin mauve lehenga with ivory detailing. She teamed the mermaid lehenga with a strapless choli with a one-shoulder net dupatta that gave this outfit that extra dash oomph. For her make-up Bebo opted for a brush of highlighter with shimmery eyes and glossy lips. With middle-partitioned hair, Bebo looks like the true diva she is.

Kareena is heading up for her next role in Good News opposite Akshay Kumar, Kiara Advani, and Diljeet Dosanjh. She will also be seen in Karan Johar’s next directorial venture, Takht that stars Anil Kapoor, Ranveer Singh, Alia Bhatt, Vicky Kaushal, Janhvi Kapoor and Bhumi Pednekar in pivotal roles. 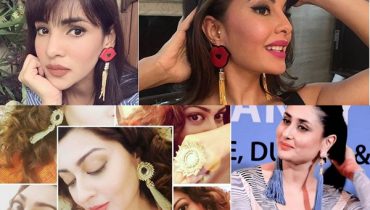