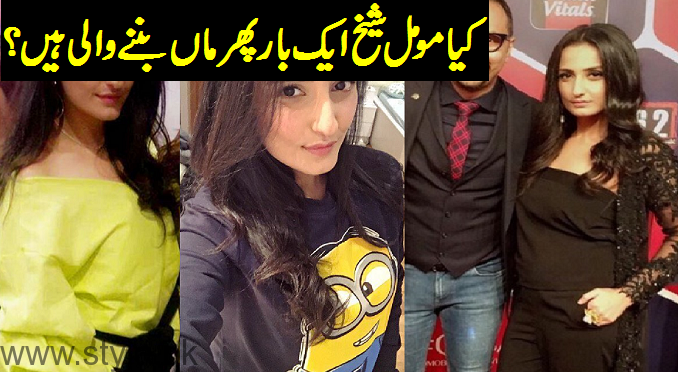 Momal Sheikh is a famous Pakistani actress and model. She is the daughter of versatile actor Javed Sheikh. Momal has worked in different Pakistani drama serials, and in 2016, her debut Bollywood film Happy Bhag Jayegi was also released.

She tied the knot with a guy named Nadir in 2012. In May 2015, the lovely couple was blessed with a cute son which they named Ibrahim.

Well, we aren’t 100% sure about this news. But according to some insiders, the 30-year-old actress is expecting her second child. She was recently spotted at two events: QMobile Hum Style Awards and at the launch of DMLoyaltyCard at Dolmen Mall. On both these events, we can clearly see her small baby bump. Have a look at the pictures below.

These pictures clearly show that the actress is expecting her second child. Now let’s wait for Momal’s official confirmation on her pregnancy news. 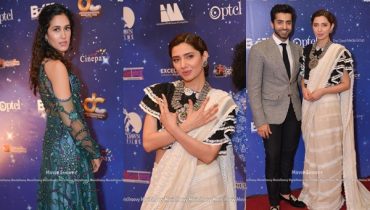 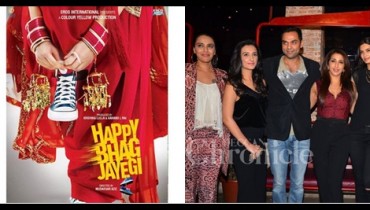