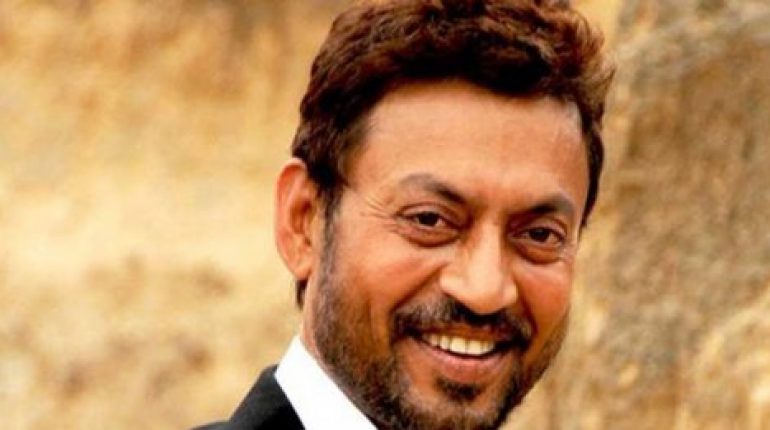 Irrfan Khan’s Spokesperson Rejects Rumours About His Health, Irrfan Khan is one of the most versatile actors in Bollywood and is quite a known face even in Hollywood where he has done blockbusters including Jurassic World and Inferno.

Last month, the actor revealed that he is suffering from a ‘rare disease’ which caused a storm in social media.

Soon after that, Irrfan Khan revealed that he is suffering from Neuroendocrine Tumour and will be traveling to the UK for treatment.

However this week, reports activated on social media that the Hindi Medium renowned actor is in the last stage of cancer and has only 1 month left to live.

The news startled his fans and followers but fortunately, Irrfan’s spokesperson has rejected these rumours, asking people to desist from spreading such stories.

The spokesperson of Irrfan Khan said, “This latest round of news being spread through social media in the last few days about Irrfan’s health is absolutely false and there’s no truth to it whatsoever.”

According to his wife Sutapa Sikdar, Irrfan is facing the illness like a “warrior.” She took to Facebook to share her sentiments, thanked the well-wishers for their support and like Irrfan, urged people not to speculate about his condition.

“My best friend and my partner is a ‘warrior’. He is fighting every obstacle with tremendous grace and beauty. I want all of you to know I am truly chastened and obligated for the wishes, prayers and worry from all over the world,” Sutapa wrote.

His English language films include Life Of Pi, Slumdog Millionaire, and The Namesake.