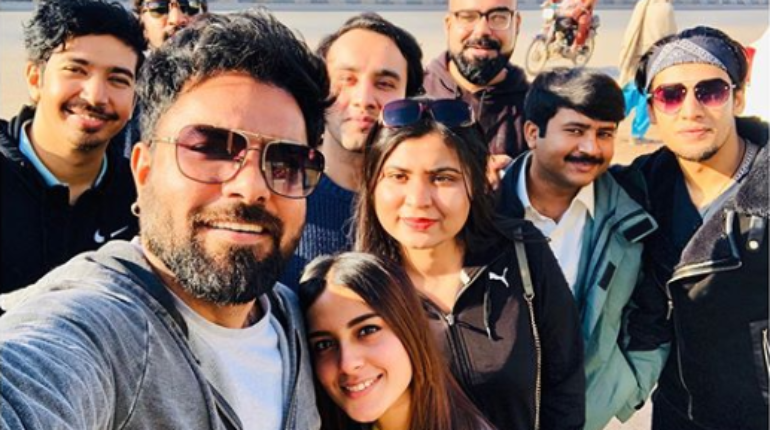 The recently married star couple, Iqra Aziz and Yasir Hussain have landed in Tharparkar right after their dreamy honeymoon in Sri Lanka. The duo has been uploading videos of their conversations with the locals on Instagram, hoping to bring their suffering to the fore.

Following this, netizens began to circulate the videos around social media.

Aziz’s upload shows Hussain discussing the ongoing water crisis in Tharparkar with local women, who can be seen telling him about the problems they face in carrying water to their homes.

It starts off with a man saying, “The water is 150 kilometers away from here. So all of us men have to leave home early in the morning for our labour, while these women take care of the food and water.” Following this, Yasir is asked to reiterate a story he may have already heard from a local about a woman who died while bringing water to her house.

“Yes, that lady was pregnant,” he says, “She was carrying a lot of water in that condition and so, she expired on her way.”

The conversation continues as Aziz also comes into the frame next to Hussain, facing against the camera. Her caption on the video is full of gratitude towards the work she was getting to do, as she coupled it with her take on the discoveries she and her husband have been making as part of it.

“Aur mein hairan hun ke Karachi se sirf five ghantay dur, zindagi itni sakht aur mushkil hai (I am also surprised that only five hours away from Karachi, life is so difficult),” she added “Yahan log subha uth ke mu nahi dhotay balky mun dhonay ka pani latay hue apni jaan de detay hain (Over here, instead of waking up and washing their faces with water, these people are forced to leave their homes in the search of that water, and often lose their lives while bringing it home.”

“Thank you @tayabaorg for giving me the opportunity to help,” concluded Aziz. The actor reminded her fans about everything they needed to be grateful for, while also posing for pictures with the team they were on the venture with.

Hussain also reiterated the incident he was talking about in Iqra’s video on his Instagram.

“Hum iss hi dunya mai rehtay hain jahan yeh log hain. Hum null khol ke bhool jatay hain aur yeh aik aik boond ke liye jaan de detay hain (We live in the same world as these people. But where we leave our water taps on, these people give their lives while trying to secure even a single drop of water for themselves and their families. Save water and help),” concluded Hussain.

The organisation seems to be working on providing some kind of a solution to the never ending water problems in Tharparkar and other regions of interior Sindh. Their Instagram handle is focusing on the difficulties women face while carrying water every day, for which they  have introduced ‘H20 Wheels’ – barrels capable of gliding across the land without having to be carried.

By uploading the videos on Instagram, Aziz and Hussain brought both the issue of water shortages and the NGO’s efforts to the public knowledge. 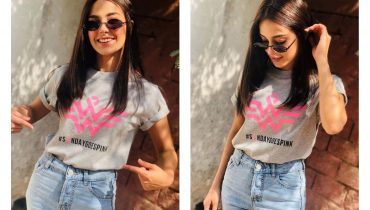 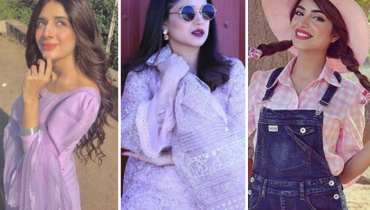