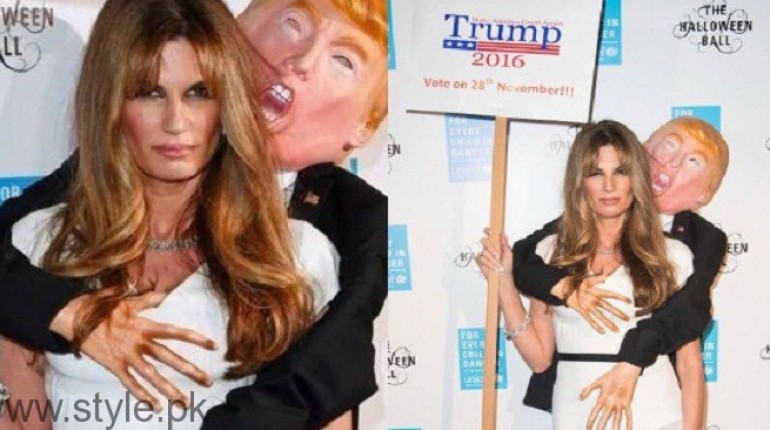 Jemima Khan turned heads, when she wore a controversial halloween costume at the annual UNICEF Halloween ball. Imran Khan’s ex-wife Jemima was dressed up as a woman being gropped by Donald Trump.

Jemima, 42, was dressed up in a white sheath outfit paired with simple jewelry and a fake statue of Donald Trump attached to her back. She was also holding a placard, “Make America great again”.

The main aim of Jemima is to spread awareness among the people. Her costume is a clear nod to the most recent claims calling Trump out for sexual abuse, with many women coming forward to claim that he has touched their private parts inappropriately.