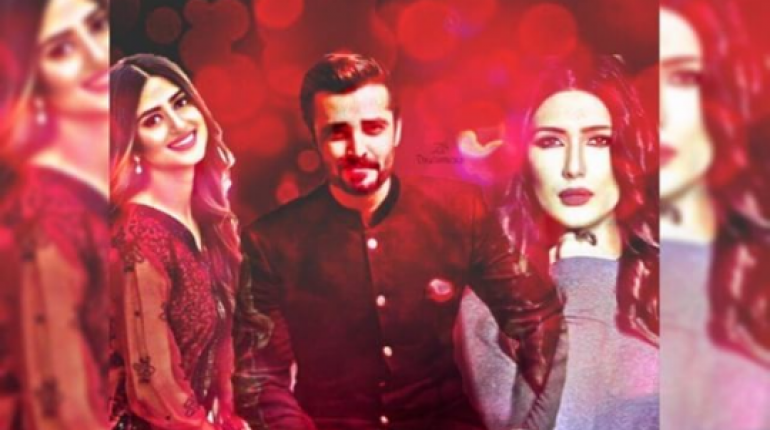 The mega serial of the year has been announced. And we’re absolutely intrigued. Running our radar’s on high alert, here we are bringing you details that you’ve wish to know about the upcoming serial Alif starring Sajal Aly, Hamza Ali Abbasi and Kubra Khan in the lead roles. Hamza Ali Abbasi, Sajal Aly And Kubra Khan Pair Up For Alif. Written by Umera Ahmed, directed by Haseeb Hasan of our favorite Diyar e Dil fame, and produced by Samina Humayun Saeed and Sana Shahnawaz of Next Level Entertainment, Alifhas been announced as the biggest project of the year. The Mann Mayal trio is reuniting and we’re already at the edge of our seats.

According to Haseeb Hasan, the director, Sajal is playing a character she has never done before in her entire television and film career with a very powerful journey. According to sources, Hamza Ali Abbasi will be playing a filmmaker belonging to a family of calligraphers based in Turkey. That’s where the shoot of the drama will be taking place, alongside Pakistan as well.

Also starring in this mega serial will be some of the biggest names of Pakistan’s television industry including Noman Aijaz, Hamza Ali Abbasi, Sajal Ali, Sadaf Kanwal, KubraKhan, Saleem Meraj, Lubna Aslam, Farrukh Darbar and also Osman Khalid Butt in a very special appearance. Manzar Sehbai of film Bol and Mah e Mir fame, will be seen for the very first time ever on television in Alif as well. The OST of Alif has been given by Shuja Haider and will be a passionate track revolving around life coming in a full circle beginning from Alif, the very first of alphabets.

Umera Ahmed, as the writer, is writing a serial after six long years and we’re expecting this one to be extremely big. With stories like Meri Zaat Zarra-e-Benishan, Zindagi Gulzar Hai, Shehr-e-Zaat and Man-o-Salwa to her credit, we can only expect Alif to be one mega serial revolving around the purpose of life and its meaning. 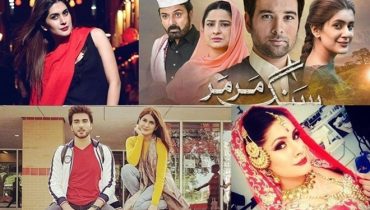 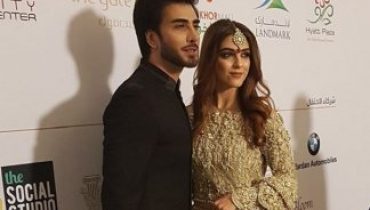