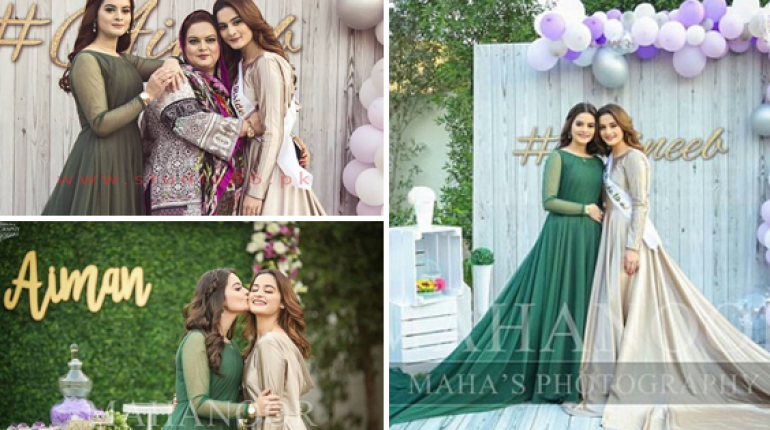 Aiman Khan and Muneeb Butt are a couple who has been in love for quite some time now. They made it official when they got engaged and their fans have been anxiously waiting since then to see them both together as husband and wife. Aiman and Muneeb are finally going to tie the knot and the wedding festivities have started. Aiman Khan got her first dholki from her friends and the bride to be enjoyed a lot. She also had a bridal shower which was PJ themed and some close friends were present there to enjoy it.

Now its time for the official wedding festivities. The official bridal shower of Aiman Khan is happening and her sister Minal Khan is present along with their friends to have a good time and bestow good wishes for the bride Aiman Khan. Aiman looks stunning in a silvery grey gown with soft makeup and her hair styled in soft beachy waves. Here are the pictures and videos from the bridal shower. 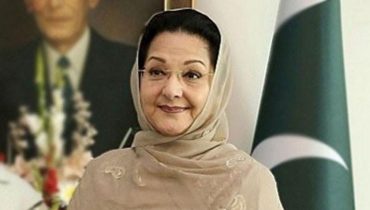 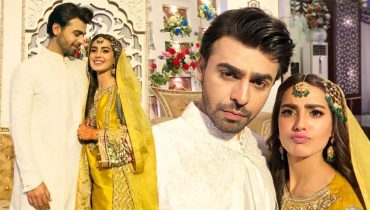