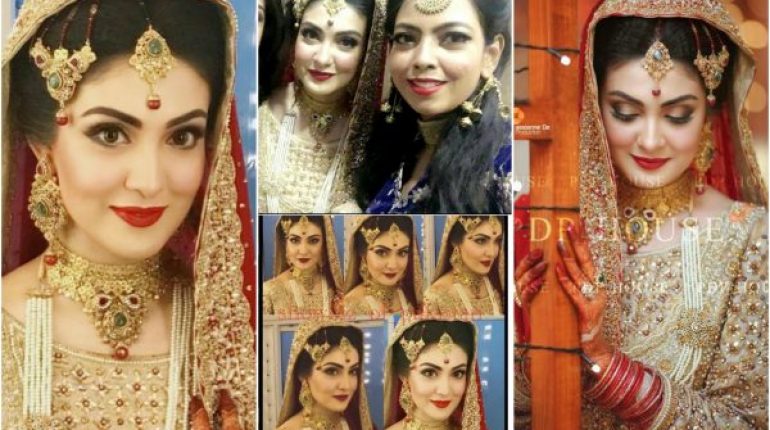 Aleezay Tahir is a young and innocent looking TV actress as well as model of Pakistan. Aleezay, Beautiful and  young lady has amazed everyone with her acting skills in short time and here Aleezay Tahir was born in Karachi. She completed her studies in the same city. Actress Aleezay Tahir also started her career in Karachi. She became a shining star of Pakistan showbiz industry. Aleezay Tahir entered in the showbiz world as a model. Recently, Aleezay Tahir got married. She looked stunning in Red dress with golden embroidery on it, while Arsalan looked handsome .Cute Aleezay has the charming looks with elegance and boldness which make her an accomplished model. She has worked in many commercials of popular local as well as international brands. Stunning Aleezay Tahir was wearing the beautiful jewellery by SAAD’s Dough Creation. The  great photoshoot was done by Passionne de Production.

Aleezay has worked as a model for many glossary products and also designer collections. Aleezay Tahir has worked with many photographers and has done many photo shoots. Aleezay Tahir is also a stunning TV actress. Aleezay made her acting debut in TV serial ‘Shikwa’ of ARY Digital channel.

The role of Aleezay tahir was small but her acting got huge praise and she also attracted audiences. At start Aleezay had problem in dialogue delivery and in controlling expressions but soon she overcame all of her weak points. 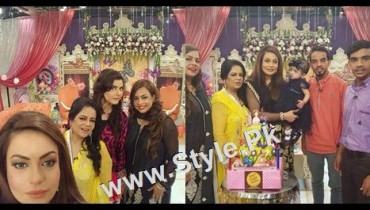 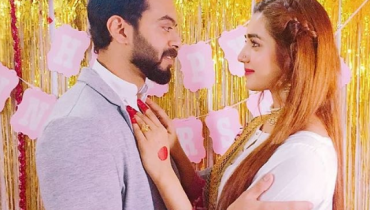