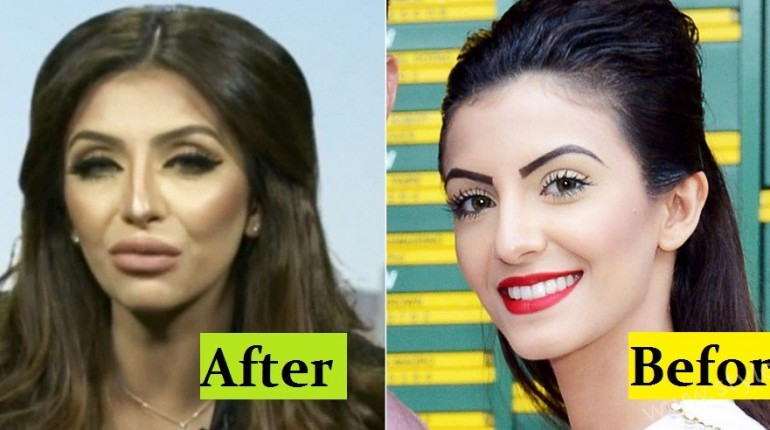 Faryal Makhdoom is a 23-year-old Pakistani-American girl. She tied the knot with the professional and one of the highest earning boxer Aamir Khan on 31 May 2013.

At the time of her marriage with boxer Aamir, Faryal was just 22 years of age, and her looks were just stunning. He had beautiful eyes, a lovely smile, and looked like a cute doll! Her looks were loved by everyone, and soon she started a Youtube channel where she discussed her beauty and fitness secrets with young girls and women.

Faryal Makhdoom’s fight with her in-laws…

Faryal Makhdoom’s Plastic Surgery Gone Wrong: Before and After Pics

Soon after the declarations against in-laws, Faryal was invited to a program to speak out about the feud that has erupted between her and Aamir’s family. The time she came on the television screen, every fan of Faryal Makhdoom was shocked to see her new looks.

Hundreds of people who were once fans of Faryal’s cute looks were distracted by her new look and expressed their anger towards Aamir’s wife for ruining her natural looks.

Let’s take a look at before and after pictures of Faryal Makhdoom. After seeing these pictures, it would not be wrong to say that this young lady has destroyed her beautiful looks.

These before and after pictures of Faryal, clearly tells us that she had plastic surgery. She went under the knife for fuller lips and cheeks.

Here’s a video of Faryal Makhdoom getting lip and cheek job at her plastic surgeon. She was injected around 30 times on her cheeks. Yes, you heard it right! Watch the video and count how many times she was given the injections on her face.

Faryal has claimed that Aamir’s siblings make fun of her, calling her Michael Jackson. She said: “Over the years Amir’s brother and sister went on Twitter rants, went on Instagram rants talking about me saying I don’t get along with them, saying I’m very fake, saying I’ve done plastic surgery, calling me Michael Jackson.”

“I had done a cat walk and I was very proud of myself but Aamir’s younger sister had said something like dog walk, made a comment and mocked me.” 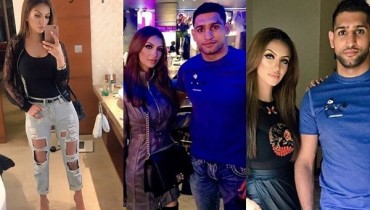 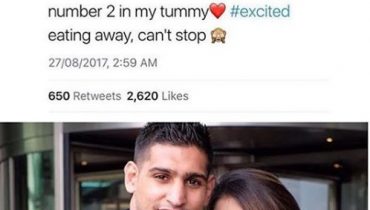