Did you check out the latest picture of Farhan Saeed and Urwa Hocane? If not, then here we have! This couple has definitely become the top most talked about celebrity couple of the showbiz ever since the time they have started dating. For dating for so long the couple got married in a family gathering where their pictures created a buzz on the social media.

After marriage they although never made the public appearance together but their pictures have always remained the main center of attraction of the social media. Here we have the latest picture of the couple for you:

Farhan Saeed is one of the finest singers of Pakistan who earned a big name on the Bollywood music too. And now he has made his strong place in the field of acting by appearing in the blockbuster serial, Suno Chanda. He has won so many hearts with his best acting skills.

Urwa Hocane started her career as the VJ and then she later on stepped into acting. These days after getting married she did not highlight herself in any project but still she has remained the main attention of cameras wherever she make an appearance in the events and shows. 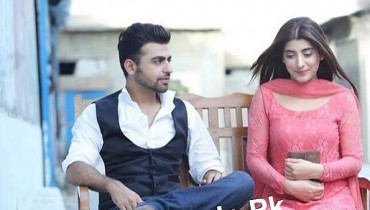 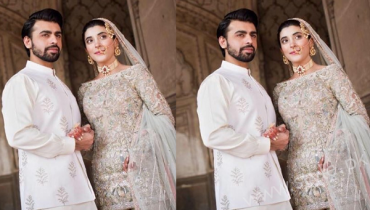