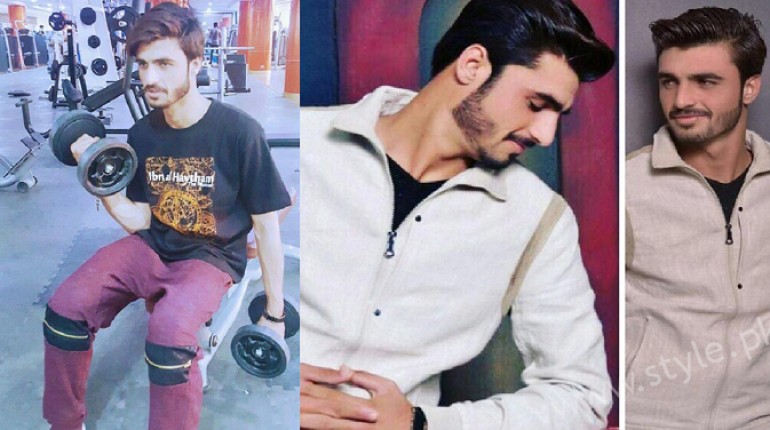 Arshad Khan, popularly known as Chaiwala, rose to fame when a female photographer in Islamabad captured his photo while he was busy preparing tea for his customers. When the pic was shared on the internet, millions of people loved his handsome looks and blue eyes. Due to the power of social media, Arshad Khan has become popular in such a short period.

Chaiwala Arshad Khan has signed some modeling contracts, and we were surprised to see him walking on the ramp in the recent fashion week 2016.

The internet sensation of Pakistan has now appeared in a shoot for a famous fashion brand. Here we have some BTS pics of the shoot:

Just not this, Arshad has also signed an upcoming Pakistani movie “Kabeer.” He will go to England and Dubai for the shoot of the film. Recently, he was spotted making muscles at the gym for his upcoming movie. Have a look at the pics below:

Well, it would not be wrong to say that the fame of Arshad Khan is God-gifted. He didn’t attend any school nor has any primary education. At the age of 14, he started working as a tea vendor in Islamabad and now at the age of 18, he has turned a rising celebrity of Pakistan! 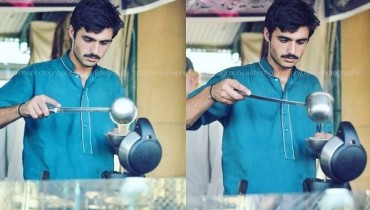 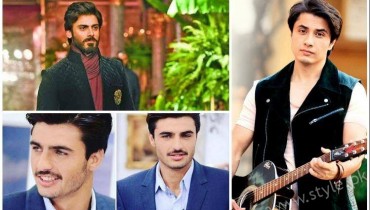