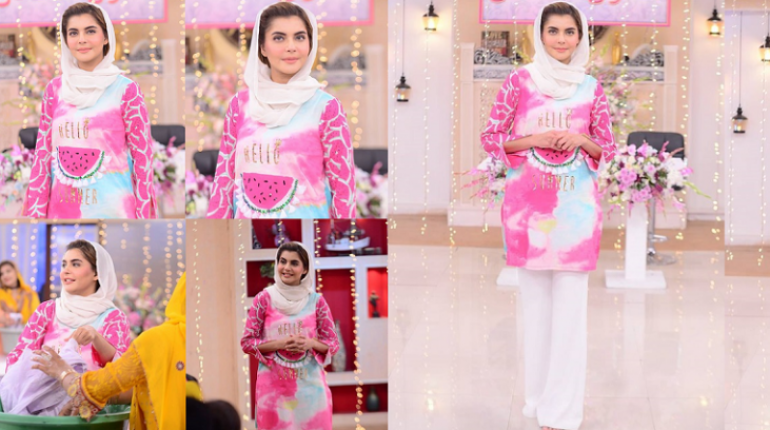 Nida Yasir is a famous Pakistani Tv actress and host. She is a great Pakistani Host, Model and Actress. She is currently hosting in the morning Show Good Morning Pakistan at ARY Digital. She is a wife of Director Yasir Nawaz and she is also Producer with him. She is very smart and adorable girl in Pakistan with very qualified education skills. Beautiful Nida Yasir In Good Morning Pakistan Morning Show.  She is a mother of 3 children her have 1 daughter and 2 sons. Nida Yasir was looking gorgeous in her morning show wearing pink dress with long trouser. Have a look.

Nida Yasir is a leading morning show host. She brought her elder kids, a son and a daughter to the recent episode of her morning show. It seemed as if she is completely tired of the summer vacations of her children. She started talking about their habits and what they do in summers by saying that her daughter follows her everywhere and says what to do i am bored? Her daughter is tired of staying at home and having nothing to do while her son is constantly asking for permission to go out and play. Nida looked completely tired of having her kids at home and looking after them.

She says that it is difficult to make them sleep early in the night. Usually her kids wake up early in holidays too so she also has to wake up with them obviously motherhood is not a piece of cake. It is a difficult duty which has to be performed. 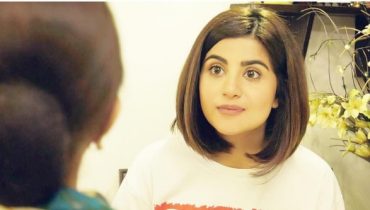 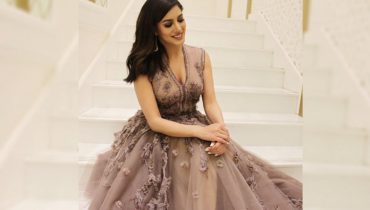