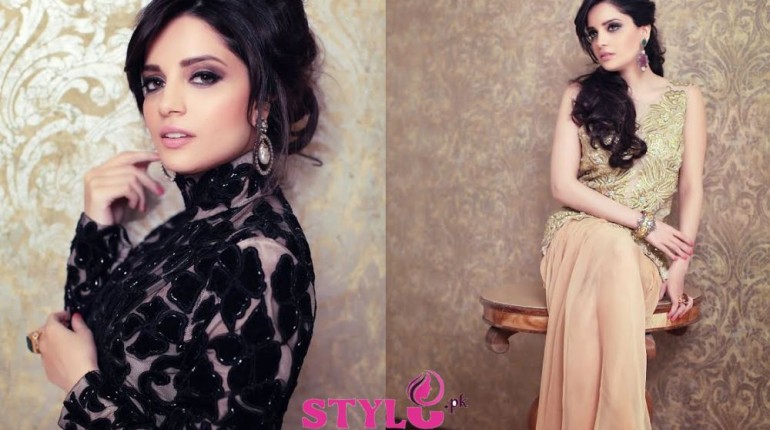 Canadian/Pakistani actress Armeena Rana Khan has been climbing the ladder of success with each passing year and delivering one hit after the other on television and films simultaneously. Another noteworthy aspect of Armeena’s success has undoubtedly been her effortless acting in versatile roles.

Having faced difficulties in transitioning to Pakistan’s entertainment industry from the UK, Armeena’s dedication to her craft has not just been acknowledged but also greatly appreciated by fans. In a deliberate attempt to avoid being stereotyped, the actress has been very particular about the roles she takes up. Her portrayals of characters such as Fiza, a village girl with limited exposure in Mohabbat Ab Nahi Hogi or Dua, a traditional middle-class girl in Ishq Parast, are a great example of her hard work.

When asked about difficulties in transferring to the Pakistani industry, Armeena admits “I found it challenging initially interpreting my characters and remember receiving a lot of critical feedback in the early years. Because of this, I began researching my roles on a deeper level so that I could create memorable characters. It is tricky as an actor when you have not grown up in a place and I have to work a lot harder. But this where I excel because I promised myself that I would not be outworked by anyone when I am on a project.”

Armeena spent the past few weeks travelling to various smaller cities of Pakistan including Multan, Bhawalpur and Pak Pathan. She kept her fans updated through her social media accounts, and has now confirmed that these trips were part of her research for her latest role playing Haya, a shy and introverted but strong female lead in the upcoming Rasm-e-Duniya (ARY Television).

“I needed to immerse myself in the sounds, smells and above all beliefs of my character. I wanted to visit the shrines where she looks for hope in her dark hours. I wanted to experience going out in her world. How does she interact with strangers and shop keepers? How does she travel to their shops? I wanted to buy what she buys and feel what she feels. These small things help me understand her. Of course audiences will not see this work behind Haya but hopefully, it will show through on your screens.”, shares Armeena.

2017 is going to be a milestone year for Armeena, as she will not only be making her Pakistani television comeback but her highly awaited movie project Yalghaar will also be releasing which is touted to be Pakistan’s most expensive movie so far. Her career will be taken a notch higher with two major international projects; British feature film The Real Target and The Achilles Protocol, a British sci-fi short film. 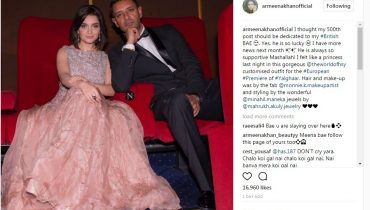 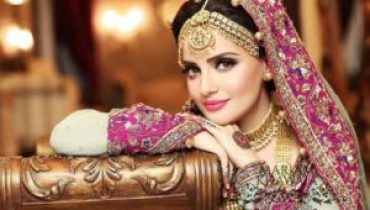